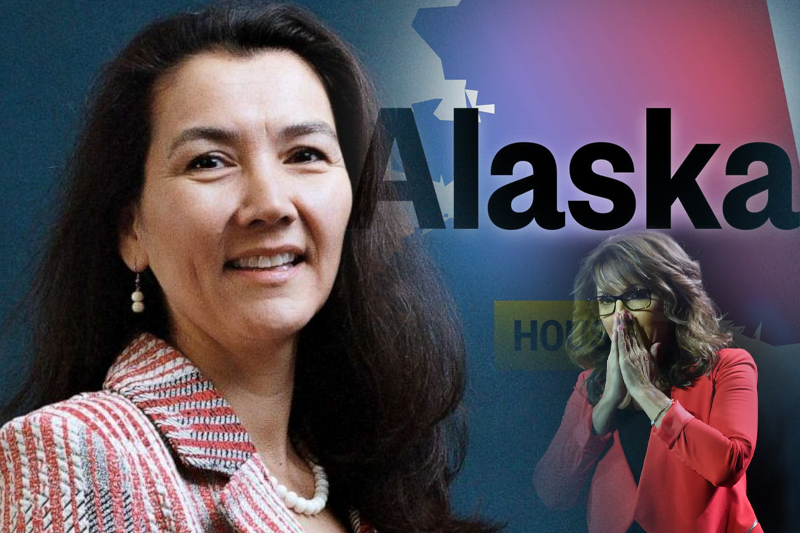 Democrat Mary Peltola has won the special election for Alaska’s only US House seat, against Republican Sarah Palin who was seeking her political comeback in the Alaska state where she had once served as a governor. Peltola emerged on Wednesday as the victor after Alaska’s Division of Elections tabulated “ranked-choice ballots” in the first use of the system in Alaska.

With her victory, Peltola, the former state lawmaker has flipped the seat that was held for nearly half a century by the late GOP Rep. Don Young. She is also set to become the first Alaska Native in Congress. She will serve the remaining months of the term of late Republican US Representative Don Young, who had held the seat for 49 years before his death in March.

A big win for Democrats

Peltola’s victory in Alaska’s first statewide ranked choice voting election, is a big boost for Democrats. This holds special importance as the performance has been extraordinary in special elections across the country this year after Roe v Wade was overturned by the supreme court. Peltola will be the first Democrat to hold the seat since the late Democrat Representative Nick Begich’s plane disappeared, who was seeking reelection in 1972. Begich was later declared dead and Young in 1973 was elected to the Alaska House seat.

Blow for Palin who was seeking her comeback

This special election was watched like a hawk in US as Sarah Palin was seeking her political comeback through this. In 2008 Palin was the Republican Vice Presidential nominee and in 2009, after losing, she resigned midway her term in Alaska’s governor office. Palin has been endorsed by former President Donald Trump who joined her tele rallies for campaign.

The new ranked-choice voting was criticized by Palin after the results were released, calling it a “new crazy, convoluted, confusing” system. “Though we’re disappointed in this outcome, Alaskans know I’m the last one who’ll ever retreat. Instead, I’m going to reload. With optimism that Alaskans learn from this voting system mistake and correct it in the next election, let’s work even harder to send an America First conservative to Washington in November,” she said.