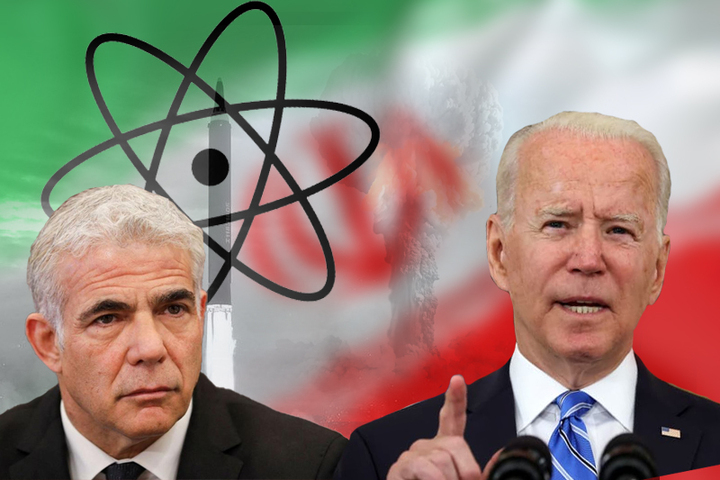 The US will never allow Iran to have a nuclear weapon

As Tehran seeks stronger guarantees from Washington for the revival of a nuclear deal with world powers, President Joe Biden reportedly told Israeli Prime Minister Yair Lapid on Wednesday (August 31) that the United States will never allow Iran to acquire a nuclear weapon. This information was provided by the White House.

Israel is opposed to the idea of returning to the deal that was reached in 2015, which called for restrictions to be placed on Iran’s nuclear weapons program in exchange for the relaxation of sanctions imposed on Tehran by the United States, the European Union, and the United Nations.

To the satisfaction of Israel, US President Donald Trump withdrew from the agreement in 2018 and reimposed tough penalties, which caused Tehran to break the nuclear restrictions that had been agreed upon in the treaty. Biden has pledged to bring the accord back to life while also assuring the safety of Israel, Iran’s most sworn enemy in the area.

During a phone chat in which Biden and Lapid also discussed “threats presented by Iran,” the White House released a statement in which it said that President Trump “reiterated the United States’ commitment to never permit Iran to develop a nuclear weapon.”

According to the statement, Biden also emphasized how important it was for Israel and Lebanon to successfully conclude their negotiations about the maritime boundary.

The office of Mr. Lapid stated in its own readout of the call that the two “talked at length about the discussions on a nuclear accord, and their shared commitment to stopping Iran’s development towards a nuclear weapon.”

In March, it seemed as though the nuclear accord may be saved. However, indirect talks between Tehran and Washington eventually came to an end due to a number of stumbling blocks, one of which was Tehran’s insistence that the International Atomic Energy Agency (IAEA) close its investigations into uranium traces found at three undeclared sites before the nuclear pact could be revived.

As a show of solidarity amongst partners who have been divided for a long time over negotiations with Tehran, Biden and Lapid signed a joint promise in July to deny Iran the ability to develop nuclear weapons. But Lapid stated just the week before that even if the accord from 2015 is brought back to life, Israel will not be obligated to abide by its terms.