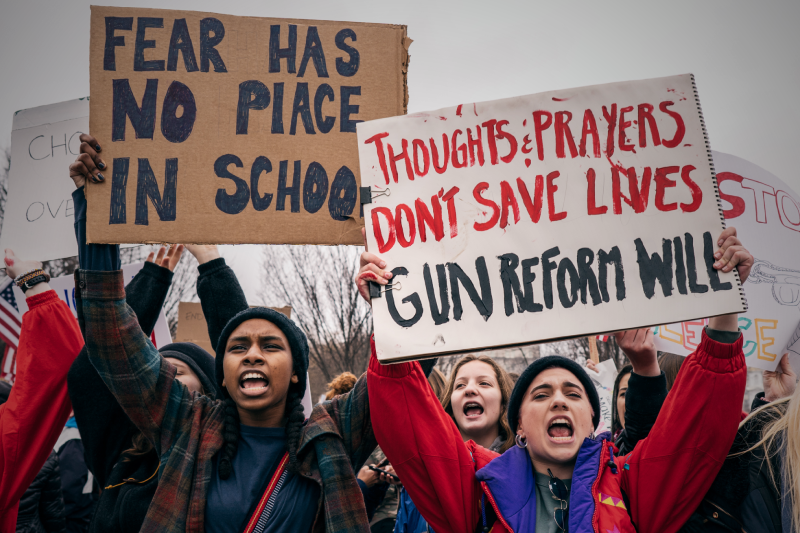 Gun Control: Thousands of Americans to rally in Washington DC for amid rise in school shootings

Thousands of protestors in the United States are expected to participate in a rally in Washington, D.C., on Saturday, as well as in separate demonstrations across the country in a renewed push for nationwide gun control. The recent fresh surge in mass shootings that jolted the country, from Uvalde, Texas, to Buffalo, New York, has motivated the protestors to call out the country’s lawmakers to finally take a stand and impose urgent sweeping reforms.

“March for our Lives” rally

This is the second “March for our Lives” rally in the country that is expected to draw at least 50,000 protesters to the Washington Monument in the capital. This, however, would be quite small in comparison to the first rally in 2018 that had attracted 200,000 people. At this time the organizers are planning on holding small marches across 300 locations.

“We want to make sure that this work is happening across the country,” said Daud Mumin, co-chairman of the march’s board of directors and a recent graduate of Westminster College in Salt Lake City. “This work is not just about D.C., it’s not just about senators.”

The first march was triggered by the killings on February 14, 2018 – 14 students and three staff members by a former student at Marjory Stoneman Douglas High School in Parkland, Florida. This massacre had sparked the creation of the March For Our Lives movement, led by the youth. It was successful in pressuring the Republican-dominated Florida state government to enact gun control reforms. On March 24, 2018, the first and biggest March for our Lives was launched by the Parkland students.

Right now we are angry,” said Mariah Cooley, a March For Our Lives board member and a senior at Washington’s Howard University. “This will be a demonstration to show that us as Americans, we’re not stopping anytime soon until Congress does their jobs. And if not, we’ll be voting them out.”