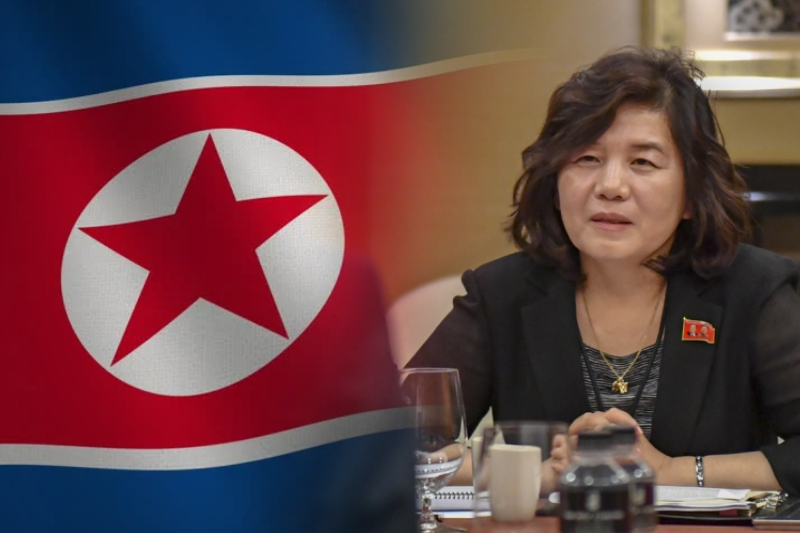 North Korea has named country’s top nuclear negotiator as first female foreign minister, according to the state media on Saturday. This appointment comes amid warnings from Washington that Pyongyang is arranging to conduct a nuclear test.

Choe Son Hui’s appointment as Foreign Minister comes at a time when the tensions on Korean Peninsula are escalated like never before amid North Korea aggressively ramping up its missile testing program, a non-compliance to United Nations sanctions.

US Special Representative for North Korea Policy Sung Kim issued a warning on Tuesday, stating that Washington believes Pyongyang is on verge to conduct seventh nuclear test, country’s first since 2017.

The International Atomic Energy Agency (IAEA) also said on Tuesday that North Korea is “readying their nuclear test site, warning the situation surrounding Pyongyang’s nuclear program is quite concerning because we have seen a fast-forward in every line,” evidently based on the activity at the Punggye-ri site.

Who is the new foreign minister of North Korea?

Choe was instrumental and played a critical role during North Korea’s summits with the US. She led a rather aggressive negotiation effort which was aimed at the US leadership of former President Donald Trump. Her statements, that were published on North Korean state media, alternated between “threatening a nuclear showdown” to offers of conducting dialogue.

In response, on Tuesday the allies South Korea and the US conducted an aerial “show of force” to North Korea by flying 20 fighter jets over waters west of the Korean Peninsula. This followed Monday’s firing of eight missiles by US and South Korea into nearby waters, which they said was a demonstration that “even if North Korea provokes with missiles from multiple locations, (South Korea and the US have) the ability and readiness to immediately strike with precision.”