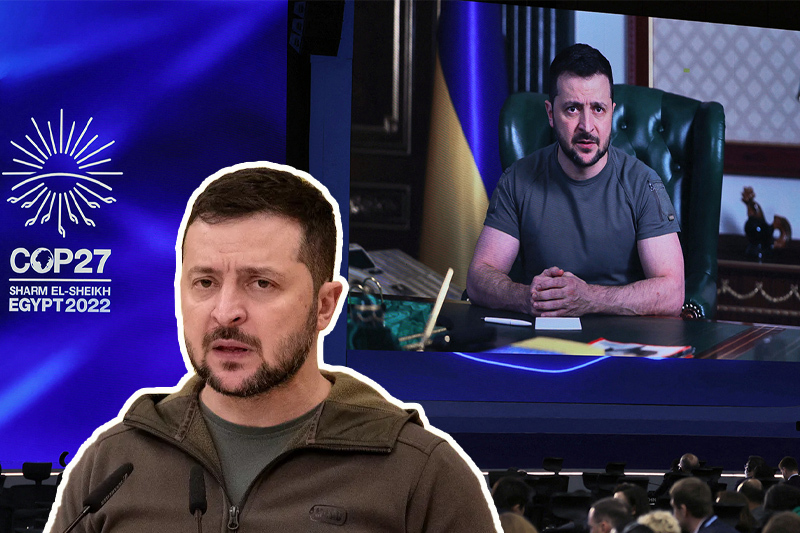 While addressing the world leaders gathered in Egypt for the UN Climate Summit, Cop27, Ukrainian President Volodymyr Zelensky said that for tackling the climate crisis and meeting global goals towards it, the end of Russian invasion in Ukraine is an absolute necessity.

“There can be no effective climate policy without the peace,” he said in a video address at the Cop27 UN climate summit in Egypt on Tuesday. “The Russian war has brought about an energy crisis that has forced dozens of countries to resume coal-fired power generation in order to lower energy prices for their people, to lower prices that are shockingly rising due to deliberate Russian actions.”

Russia is one of the biggest fossil fuel producers in the world and leading supplier of energy to Europe, a fact that its leader Vladimir Putin has used to his own advantage for exerting pressure on the countries during Ukraine war.

Zelensky’s address at the summit attracted the most response, given the criticality of situation in his country. The Ukrainian president stressed that war in his country waged by Russia has also impacted the entire world through energy crisis, food insecurity and negative impact on climate crisis. “[The war] brought an acute food crisis to the world, which hit worst those suffering the existing manifestations of climate change,” he said. “The Russian war has destroyed 5 million acres of forests in Ukraine in less than six months.”