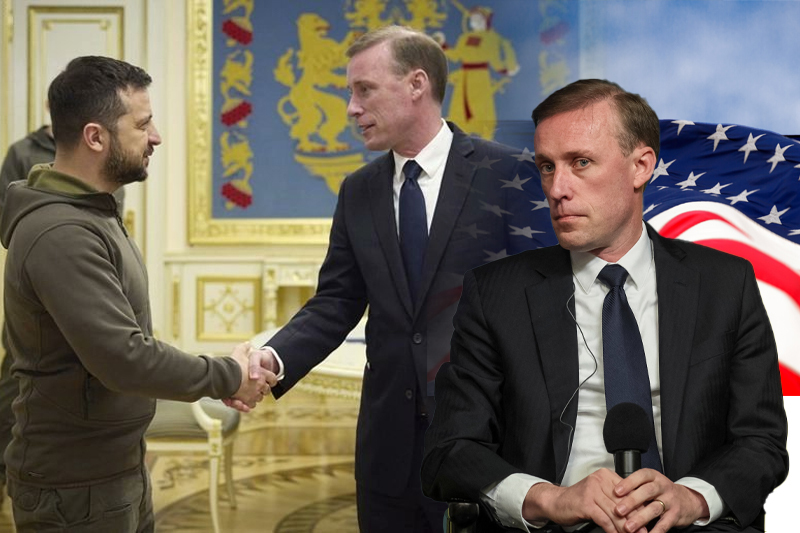 us security advisor visits ukraine assures no wavering of support

US security advisor visits Ukraine, assures ‘no wavering of support’

Jake Sullivan, the United States national security adviser, made a surprise visit to Kyiv, Ukraine, on Friday as Iran’s involvement in the Russian invasion grew.

According to National Security Council spokeswoman Adrienne Watson, Sullivan met with Ukrainian President Volodymyr Zelenskyy and his chief of staff, Andriy Yermak, on his first trip to Ukraine since the war began eight months ago.

Sullivan shared details of the new U.S. security assistance package announced Friday and “reaffirmed the continued provision of economic and humanitarian assistance, as well as continued efforts with partners to hold Russia accountable for its aggression,” Watson said.

Refurbished Soviet-era T-72 tanks, HAWK air defence missiles and other “Phoenix Ghost” drones that have been used against Russian forces in the east are part of a $400 million package the US is offering Kyiv. Since the Russian invasion, the US has provided Ukraine with a total of more than $18.2 billion in security assistance.

“There will be no wavering, no faltering, no flinching of our support — as we go forward,” Sullivan told reporters in Ukraine.

Yermak told that Ukraine “received confirmation of unwavering support for our victory.” Yermak further said, “Our friends and partners are with us, they fully understand our situation.”

US officials have called on Tehran to stop providing drones to Russia amid growing concern over Iranian involvement.