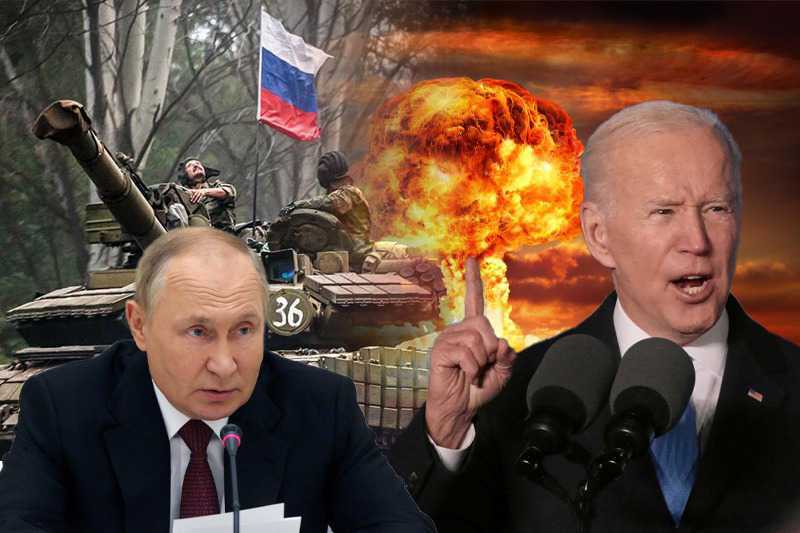 us slams putins comment on nuclear weapons amid ukraine war

US Slams Putin’s Comment On Nuclear Weapons Amid Ukraine War

The United States has slammed Russian President Vladimir Putin’s comments about nuclear war amid the Ukraine war. State Department spokesman Ned Price slammed Russia’s “loose talk” on nuclear weapons after Putin spoke of what he perceived as a rising risk of nuclear war in response to an enemy strike.

Recently, Ned Price was asked about Putin’s remarks. He said, “We think any loose talk of nuclear weapons is absolutely irresponsible.” He did not respond directly to Putin.

On Wednesday, Putin said that the threat of a nuclear war was rising. He said that Russia would only use weapons of mass destruction in response to an enemy attack. He further said that the war in Ukraine could be a “lengthy process.”

Putin also said that his country had the most modern and advanced nuclear weapons in the world. He said that Russia would always defend its territory.

Putin reportedly said in a televised meeting of his human rights council, “We haven’t gone mad, we realise what nuclear weapons are. We have these means in more advanced form than any other nuclear country in the world.”

Recently, US Secretary of State Antony Blinken said that his country “neither encouraged nor enabled” Ukraine to strike targets inside Russia. His comments came after Russia accused Ukraine of carrying out drone attacks on three Russian airfields.

Russia said that two airfield explosions were reported on Monday. Reportedly, local officials in Ukraine said that four people were also killed due to Russia’s latest missile attack on Ukraine.

Earlier, US President Joe Biden and Russian President Putin said that they were open to diplomacy on Ukraine.

Last month, Zelenskyy accused Russia of using the cold in the winter season as a “weapon of mass destruction” by striking energy infrastructure in the country.