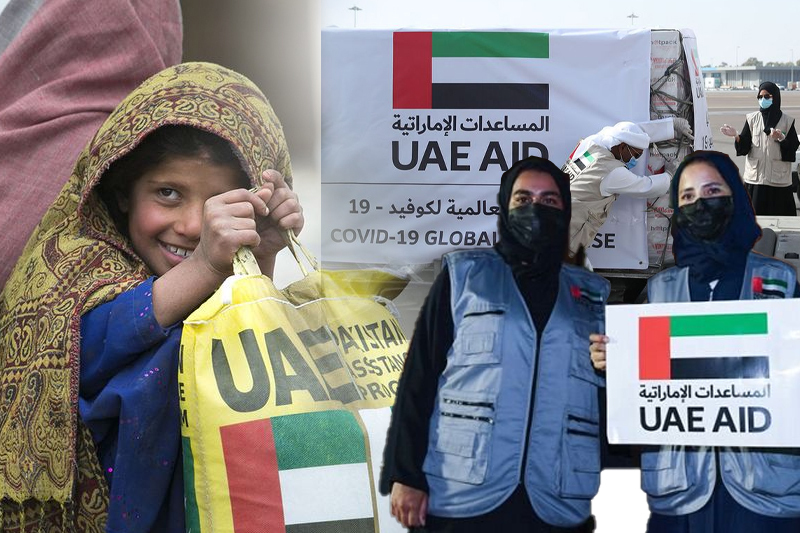 uae the giver and volunteer capital of the world

UAE: The giver and volunteer capital of the world?

Humans may have underlying emotions like empathy, happiness, and pride that contribute to a benevolent impulse, but volunteering is where people find true fulfilment. Given the human element it incorporates, it is arguably the most satisfying experience. According to studies, volunteering can also lengthen people’s lives because humans are hard-wired for social interactions. Even though it is not technically possible, it undoubtedly improves the quality of life.

In every society, there is a cultural element driving voluntary activities. For instance, in Arab communities, volunteerism is a modern term for long-standing customs. The phenomenon is greatly supported by moral and spiritual principles, such as empathy and compassion. These human emotions boost altruistic thinking and promote pro-social behavior. According to a recent survey, During major events like the Dubai Expo and the recently finished World Cup, volunteering inevitably becomes a crucial organizational component.

Up to 30,000 volunteers from over 135 different countries helped make the Dubai Expo a success. The term “volunteerism” refers to an endeavour or an initiative that is the result of a person’s passion to change the world. The 8.9 million full-time equivalent volunteers in the Arab area, according to the 2018 State of the World’s Volunteerism Report, engaged in “informal” volunteering at a rate of 82.9%. These numbers point to the need for greater institutionalisation, which is starting to materialise in the area. Around 1,000 volunteers and pioneers of volunteerism from 100 countries attended a symposium in Abu Dhabi in October.

The Emirates Foundation, formed by the Abu Dhabi government to enable public-private sponsored programmes to enhance community resilience, served as the venue for the 26th IAVE World Volunteer Conference, which was hosted for the first time in the Middle East. The World Health Organization persuaded Abu Dhabi to hold the first-ever international clinical trials of the inactivated vaccine when the Covid-19 epidemic hit and the search for a vaccine began. During the phase-III clinical trials, the UAE’s request for volunteers received a voluminous response. These studies involved up to 15,000 volunteers, including men and women from different countries between the ages of 18 and 60.

When discussing volunteer options, it is important to take into account both the public good and individual benefits, according to a study published in the MDPI journal on volunteering by college students in China during the pandemic. According to the survey, “the strong state-led emphasis on community service and partially attributable to the Confucian ideal of benevolence and collectivistic orientation in Chinese society, the high rate of volunteering among Chinese college students. In the end, it comes down to how much people care about the general welfare while also investing in their own interests.

Studies have examined the volunteer spirit from a variety of angles, such as psychological, sociological, and economic ones. Bringing forth empathy involves taking into account personality qualities, altruistic drive, educational attainment, and social capital. Additionally, studies have shown that volunteering while in school has a good long-term impact on success and well-being. Additionally, it considerably raises our levels of self-assurance, self-worth, and life happiness, inspiring us to take on more.

Volunteering during the challenging pandemic years was beneficial in many ways. Numerous kind volunteers backed governmental initiatives, improved public services, and helped those in need all throughout the world. They received priceless life lessons and abilities in return that they would carry with them throughout the rest of their lives. For more difficult issues, like managing disasters or the aftermath of war, they might need more advanced training, but it only gets better once the baseline is prepared.

According to the 2022 State of the World’s Volunteerism Report, monthly volunteer rates range from 9 to 10.6% in the Arab states, Europe, Central Asia, Latin America, and the Caribbean. However, with monthly volunteer rates of 17.5 per cent and 17.2 per cent, respectively, Africa, Asia, and the Pacific region considerably surpass this. The UAE has been defying this trend, and its youth councils, which are run by local volunteers, make sure that laws support volunteerism. Making the region’s volunteering impact greater than its charitable endeavours is still justified, though. The UAE is reputed to be among the world’s most giving nations. It declared 2017 the “Year of Giving” and wants to be a philanthropic leader. If it becomes the world’s centre for philanthropy, it won’t come as a surprise. Although that is a good goal, it would be fantastic if we all put more time, effort, and money into volunteering.