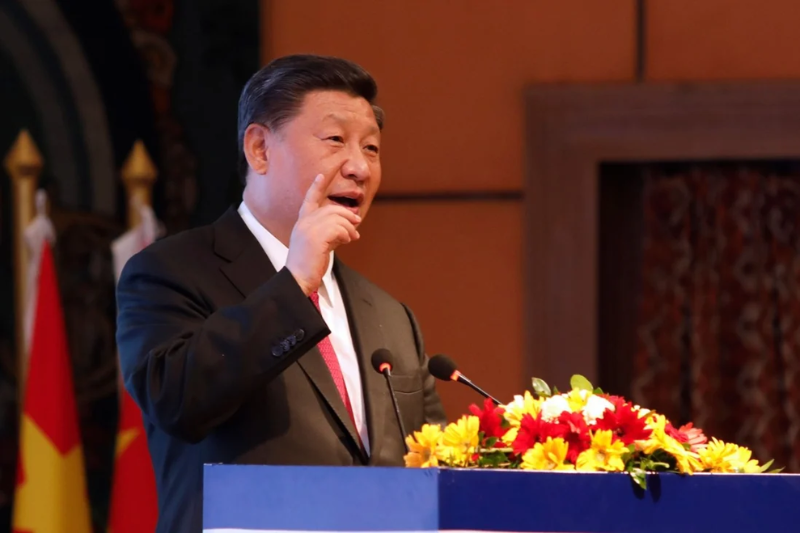 During Chinese President Xi Jinping’s visit to the financial center of Hong Kong this week, a Hong Kong lawmaker posed for a group photo with the president, who then confirmed Sunday (July 3) that he had tested positive for COVID-19 since.

To commemorate the 25th anniversary of Hong Kong’s handover from the British, Xi made his first trip outside of China since the pandemic emerged.

Steven Ho, a 42-year-old legislator from Hong Kong’s largest pro-Beijing party, was one of about 100 officials granted close contact with Xi during a photo call on Thursday afternoon.

Photos released by the government show that Ho was seated two rows behind Xi.

On the first day of Xi’s visit, he said the lawmaker tested negative and returned an inconclusive test on Friday.

Announcing his decision via social media, he said he would not be attending any events on Friday due to the ambiguous test results.

Steven Ho stated, “the sample of July 1 was one with extremely low infectivity, and it was categorized as ‘uncertain,’ but for the sake of public security, I did not participate in the events on that day.”

Ho was the second DAB party member to test positive during Xi’s visit.

China is the only large economy still pursuing a zero-COVID approach to removing infections as they develop, using mass lockdowns and rapid testing.

Nearly 900 days have passed since Xi’s last trip out of China, and the massive country’s borders are virtually impenetrable to most visitors.

All limitations on travel and gathering during the pandemic have been kept in place by Hong Kong, which is adopting a milder version of the zero-COVID policy.

Xi’s visit to the city, where a democratic movement has been suppressed since large rallies three years ago, was guarded by stringent measures to keep the coronavirus and political opponents out.

During the week leading up to the visit of Chinese President Xi Jinping, at least two arrests were conducted by national security officers in the city.

Officials from all levels of government were put into a “closed-loop” system that restricted their social interactions, required daily polymerase chain reaction testing, and needed them to check into a quarantined hotel on the preceding day’s visit.

During the visit, portions of the city were shut down, notable dissidents were placed under tight police surveillance, and several journalists were prohibited from covering official events.