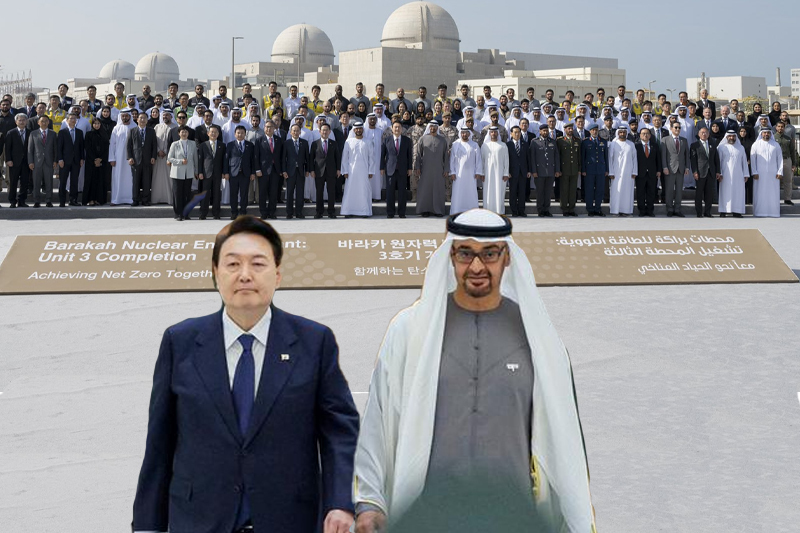 The United Arab Emirates and the Republic of Korea have issued a Joint Declaration on Climate Action, affirming their dedication to the global fight against climate change. The two countries underscored that geopolitical challenges, energy and food crisis, and the repercussions of the global pandemic should not affect collective commitment to confronting climate change.

The declaration came during the state visit of South Korean President Yoon Suk Yeol to the UAE. Yoon arrived in Abu Dhabi on Sunday in the ROK’s first state visit since it established ties with the Emirates in 1980. During a summit meeting on 15 January at Qasr Al Watan in the capital, President Yoon and his UAE counterpart, His Highness Sheikh Mohamed bin Zayed Al Nahyan, agreed to deepen and further develop the Special Strategic Partnership between the two countries.

In particular, the two leaders have decided to strengthen bilateral cooperation in four key areas: defence and defence technology, economy and investment, conventional energy and clean energy, and peaceful nuclear energy, in addition to enhancing future-oriented cooperation in space, healthcare, and other areas of mutual interest.

The leaders visited the Barakah nuclear power plant on Monday to witness the ongoing operations of Units 1 and 2, the completion of Unit 3, and the progress made on Unit 4. The $20 billion plant, in the Al Dhafra region of Abu Dhabi, represents Seoul’s first attempt to build atomic reactors abroad. More than 50 nationalities are working at the plant which, when fully operational, will account for 25% of all of the UAE’s power needs, as well as support the country’s strategy for becoming a net exporter of LNG by 2030.

The Barakah nuclear plant is also key to the Emirates’ plans to go carbon neutral by 2050, a pledge that’s even more important now as the country prepares to host the upcoming COP28 climate summit in November.

The two leaders also praised initial progress made on the recently launched Net Zero Acceleration Programme. Through the programme, the UAE and South Korea aim to work together to identify and develop projects contributing to Net Zero in both countries and globally.