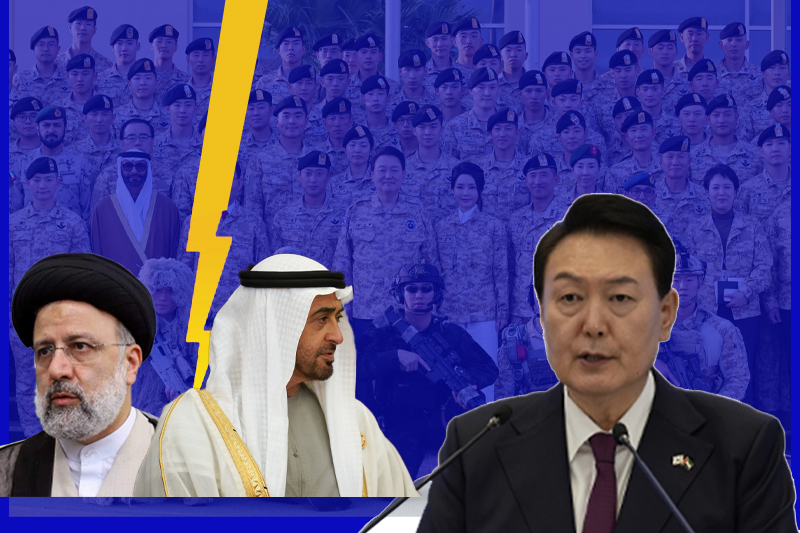 South Korean President Yoon Suk-yeol has often been accused by critics of being susceptible to gaffes. This time, he ruffled feathers on his trip to Abu Dhabi by calling Iran the “enemy and biggest threat” to the United Arab Emirates, even as the two Mideast nations looked for possible ways to improve ties.

Yoon made the anti-Iran remarks while speaking to the 147 South Korean soldiers stationed in the Emirates since 2011, and even compared UAE – Iran relations to inter-Korean hostilities.

Iran has slammed Yoon’s comments as “interventionist” and “invalid” and has demanded an explanation from Seoul. Its Foreign Ministry has openly accused the South Korean leader of “meddling” in affairs between Tehran and Abu Dhabi. “He (Yoon) is totally unaware of the historical and friendly relations between Iran and the Persian Gulf littoral states,” Iran’s Foreign Ministry spokesman Nasser Kanaani said in a statement on Monday.

South Korea’s Foreign Ministry on Tuesday attempted to downplay the remarks. Foreign Ministry spokesperson Lim Soo-suk said Yoon was offering a word of encouragement to the Korean soldiers stationed in Abu Dhabi to train local troops, adding it was unnecessary to read anything more into the president’s comments.

“Seoul and Tehran have been on excellent terms with each other since 1962 when they first established diplomatic ties,” Lim said.

Before Washington reimposed its sanctions on Iran in 2018, which had been lifted under the 2015 nuclear deal, the Mideast nation was one of the largest suppliers of oil and condensate to South Korea. Tehran has urged Seoul for months to return nearly $7 billion of assets frozen at South Korean banks that South Korea owes for oil imports from Iran due to US-led sanctions.