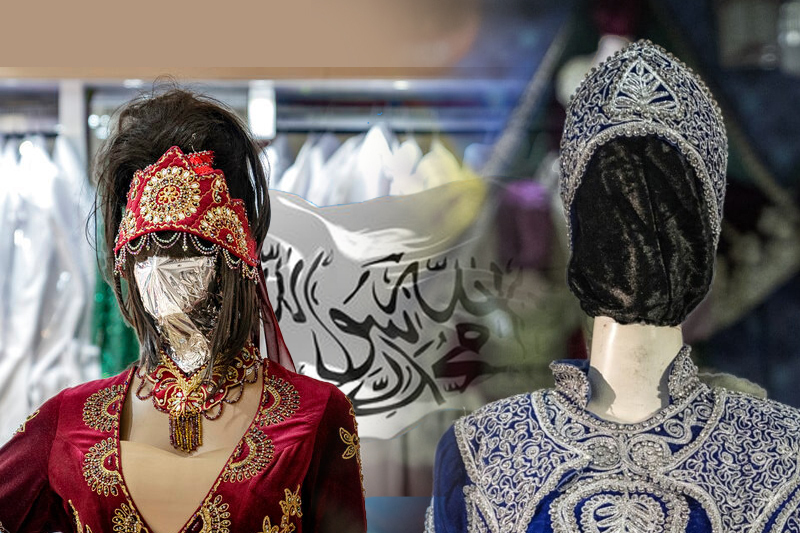 Under the Taliban, even mannequins must be hooded and masked

Under the Taliban, even mannequins must be hooded and masked

Mannequins in women’s dress shops across the capital city of Kabul are now a haunting sight. From fabric and tin foils to black plastic bags, several materials are now being used to cover the mannequins’ heads.

Since seizing power in August 2021, the Taliban has mounted a repressive campaign to keep women out of the public eye. According to local media, not long after the takeover, the Taliban Ministry of Vice And Virtue decreed that all mannequins must be beheaded or removed from shop windows. The group follows a strict interpretation of Islamic law that forbids statues and images of the human form since they could be worshipped as idols.

Nonetheless, the hooded mannequins are also a symbol of resistance and creativity by Kabul’s dress merchants. While some dress shop owners complied, others complained that they would be unable to showcase dresses properly or would have to destroy valuable mannequins.

Merchants needed to strike a balance between following the rules and attracting customers. They eventually came up with a few creative solutions.

One of the shops is using customised sacks made out of the same material as the dress to cover the heads of their mannequins. Shop owner Bashir, who spoke to the Associated Press on the condition that he be referred to only by his first name, said: “I can’t cover the mannequins’ heads with plastic or ugly things because it would make my window and shop look ugly.”

Even before the Taliban rule, weddings in Afghanistan were usually gender-segregated. These social events offered women an opportunity to dress up in their finest clothing. Since the takeover, weddings in the country have become simpler due to income restrictions and relatively fewer chances to gather socially. With the economy collapsing and the majority of the population being thrown into poverty, buying evening gowns and traditional dresses is no longer a priority.