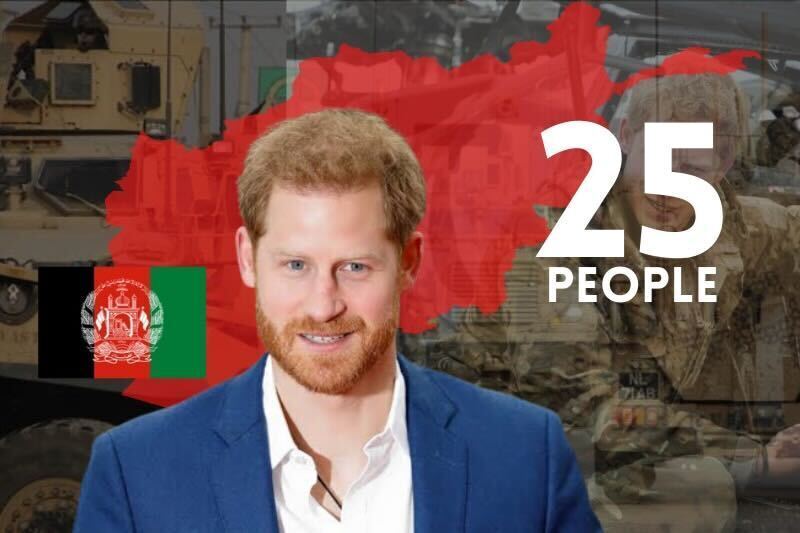 Prince Harry has admitted to killing 25 Taliban fighters during his military service in Afghanistan, according to multiple media outlets, quoting a soon-to-be-published autobiography, Spare. The book’s title comes from an old saying that a first son is an heir to titles, power, and fortune, and a second is a spare, should anything happen to the firstborn.

The 38-year-old Duke of Sussex served in the Asian country twice, first as a forward air controller calling in air strikes in 2007-08, and then flying the attack helicopter between 2012-13. In his memoir, according to the UK media, Harry revealed that he undertook six missions as an Apache helicopter pilot that resulted “in the taking of human lives.”

“My number is 25,” he mentioned, adding he was neither proud nor ashamed of doing so. Video cameras mounted on his helicopter enabled him to determine with certainty how many he had killed in Afghanistan. Harry also described killing the targets as like removing “chess pieces” from a board.

The prince used the 9/11 attacks in the US and meeting the families of the victims to justify his actions. Nevertheless, according to the Telegraph, this is the first time Harry has publicly discussed how many people he had killed in Afghanistan, which might raise concerns about his safety.

In his highly anticipated autobiography, Harry also details a physical attack by his brother, William, now Prince of Wales. William “grabbed me by the collar … and … knocked me to the floor,” Harry writes in his book, describing a confrontation at his London home in 2019.

Nevertheless, the extraordinary scene is just one of many in Spare, which will be released next week and is expected to cause serious disturbance for the British royal family.