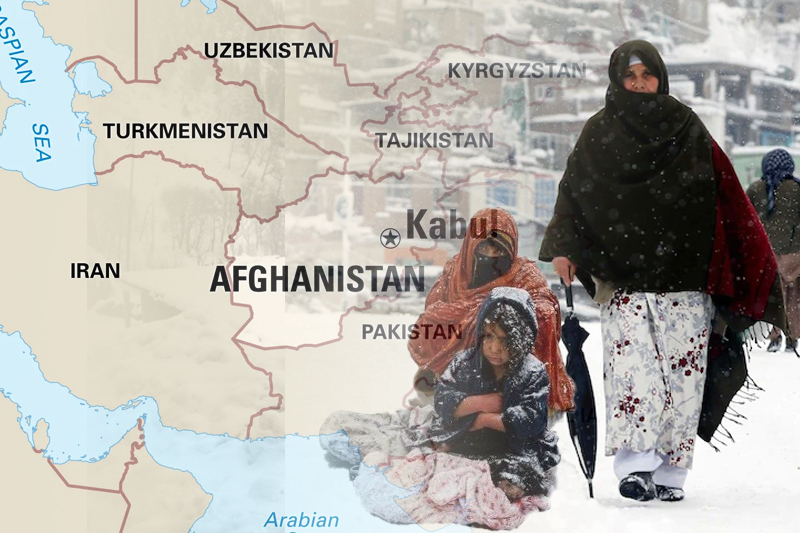 Afghanistan is currently enduring its harshest winter in a decade. Freezing temperatures have killed at least 124 people in the past fortnight, Taliban officials say, while almost 70,000 livestock have also perished, according to a State Ministry for Disaster Management spokesman.

A number of aid agencies suspended operations in recent weeks after the Taliban in December banned women from working for non-governmental organisations (NGOs), justifying the move by saying female NGO staff had broken dress codes by not wearing hijabs. Despite the deaths, the edict would not be updated, a Taliban minister has confirmed.

Many parts of the country were now completely cut off by snow, Acting Minister of Disaster Management Mullah Mohammad Abbas Akhund told the BBC, adding military helicopters dispatched to the rescue couldn’t land in the most mountainous regions.

“Most of the people who lost their lives to the cold were shepherds or people living in rural areas,” the acting minister said. Although temperatures would warm – as per the forecast for the next ten days – he is still worried about a rising death toll.

Winters are always harsh here in Afghanistan but this is the coldest winter in a decade. This year’s relief operations have been substantially hampered by the latest edict barring Afghan women from working for NGOs. The move, which arrived just days after women were banned from attending universities, has been condemned by the United Nations.

The international community had to accept Afghanistan’s Islamic culture, Mullah Akhund insisted, adding “men are already working with us in the rescue effort and there is no need for women to work with us.”

Aid officials are on the lookout for new ways to work around this ban.