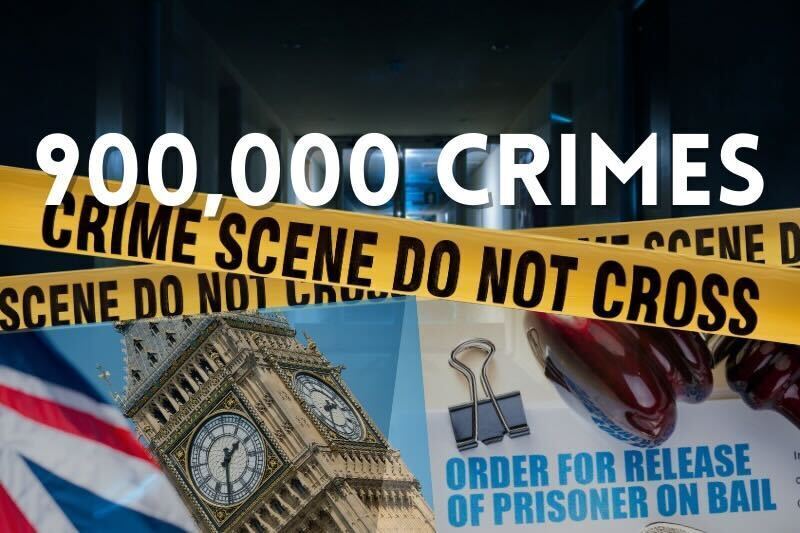 900,000 crimes committed by people on bail under UK Tories

900,000 crimes committed by people on bail under UK Tories

The latest government figures show nearly 900,000 offences, including kidnap, child rape, and murder, have been committed by people on bail in England and Wales since the Conservative and Unionist Party came to power in 2010. The data came as the Ministry of Justice launched a review of London probation services after they were criticised for poor management and staff shortage.

A total of 265 sexual offences, including some committed against children as young as 12, were committed by people awaiting a hearing in 2021, while more than 7,000 were committed between 2010 and 2021.

Last year, strike action by criminal barristers and delays in the criminal justice system led to a number of people accused of murder getting released on bail.

In other news, the opposition Labour Party’s recent analysis of crime statistics found that more than 1 million cases of theft were dropped last year because the police couldn’t find a suspect. The party branded the figures “disgraceful”, warning that families were losing millions of pounds to unsolved crimes. It has pledged to put 13,000 extra neighbourhood police on the streets.

In his first major speech of 2023, Prime Minister Rishi Sunak promised to deliver “peace of mind” to the public. He has made five ambitious promises for this year: stopping migrant boats, reducing the national debt, halving inflation, growing the economy, and cutting NHS waiting lists. Labour, however, has accused him of “failing to tackle the big pressures” and instead focusing on areas where progress is already predicted over the coming months.

After months of confusion and agitation among Tories, Sunak became the prime minister promising to deliver stability. But the Conservative Party is still lagging behind Labour in the polls. With the next general election possibly in autumn 2024 and the country struggling with strikes and the cost of living crisis, Sunak does not have enough time on his side.