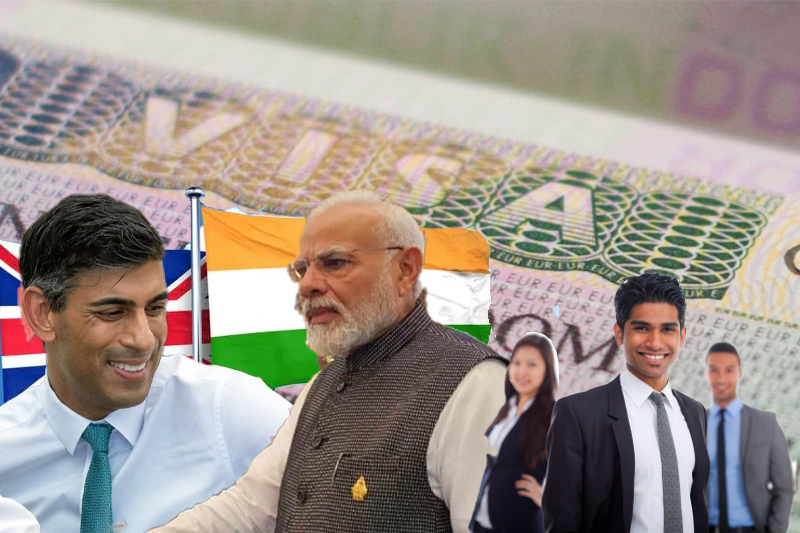 UK Prime Minister Rishi Sunak has given the green signal for 3,000 visas for Indian professionals to live and work in UK each year. The British government added that India is the first country to benefit from such visa scheme, thereby highlighting the strong relations between India and UK and the partnerships of UK-India Migration and Mobility Partnership that were agreed upon last year. The development came hours after Indian Prime Minister Narendra Modi and UK PM Rishi Sunak met on the sidelines of the G20 Summit in Bali.

“I know first-hand the incredible value of the deep cultural and historic ties we have with India. I am pleased that even more of India’s brightest young people will now have the opportunity to experience all that life in the UK has to offer – and vice-versa – making our economies and societies richer,” said the statement released by the Prime Minister’s Office.

Today the UK-India Young Professionals Scheme was confirmed, offering 3,000 places to 18–30 year-old degree educated Indian nationals to come to the UK to live and work for up to two years. pic.twitter.com/K6LlSDLne4

“Today the UK-India Young Professionals Scheme was confirmed, offering 3,000 places to 18-30-year-old degree-educated Indian nationals to come to the UK to live and work for up to two years,” the UK Prime Minister’s Office tweeted.

What does the scheme offer?

Under the UK-India Young Professionals Scheme, the United Kingdom will be offering 3,000 visas for Indians annually. The visas would be applicable for professionals in age group of 18-30 years. The scheme would allow these young Indian professionals to live and work in the UK for period of up to two years. According to a statement released by Downing Street, “The launch of the scheme is a significant moment both for our bilateral relationship with India and the UK’s wider commitment to forging stronger links with the Indo-Pacific region to strengthen both our economies.”

Furthermore, UK is also negotiating to land a trade deal with India, making it first of its kind between India and any European country. The trade deal will be based on the trading partnership between UK and India that is already worth 24 billion pounds, allowing UK to seize on the opportunities given India’s rapidly growing economy.