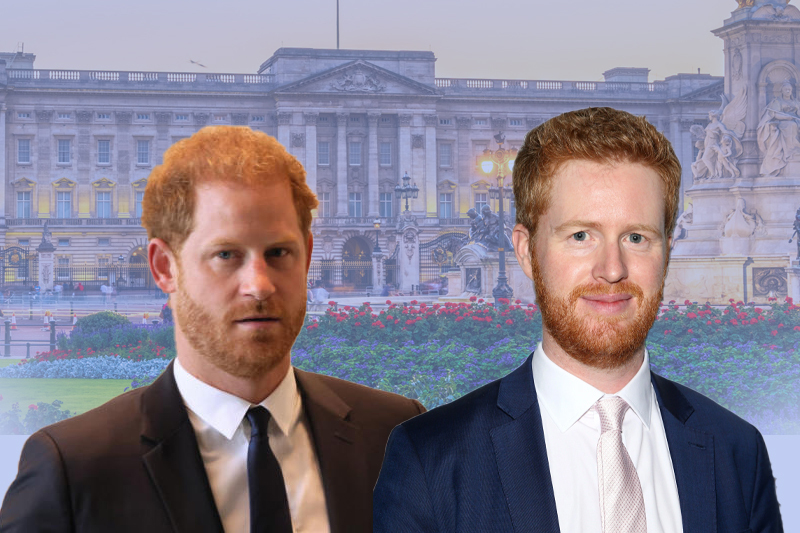 Why Prince Harry lookalike is "worried" for his safety

Why Prince Harry lookalike is “worried” for his safety

Rhys Whittock, 39, a resident of the UK, has been working as a Prince Harry impersonator since 2017, according to Yahoo News. He has travelled all over the world with his uncanny likeness to the royal and was even voted ‘Lookalike of the Year’ by easyJet.

Besides the striking similarity in facial features, Whittock also shares the same red hair colour and is about the same height and age. But speaking to GB News presenter Dan Wootton, the doppelganger said he was considering using a disguise in public.

His concerns stem from a recent revelation the Duke of Sussex made in his controversial memoir, Spare. Harry has acknowledged killing 25 Taliban fighters during his military service in Afghanistan, adding he is neither proud nor ashamed of doing so.

He soon came under fire for the shocking revelation from the Taliban government. But now his doppelganger is worried for his own safety. “My first thought was … this is terrible news for Harry, for his safety and his family,” Whittock said. But after his mother begged him to make sure he isn’t mistaken for Harry, he started going incognito.

Whittock, who is originally from Cardiff, doesn’t want anyone to know where in the UK he currently lives. He claims he is still been booked for regular work and hopes he will still be able to work alongside pals who work as lookalikes for the Prince and Princess of Wales.

Harry’s tell-all autobiography has become the fastest-selling non-fiction book ever, its publisher mentioned. 400,000 hardback, e-book, and audio format copies were reportedly sold within its first day. “The only books to have sold more in their first day are those starring the other Harry (Potter),” Larry Finlay, managing director of Transworld Penguin Random House, said.