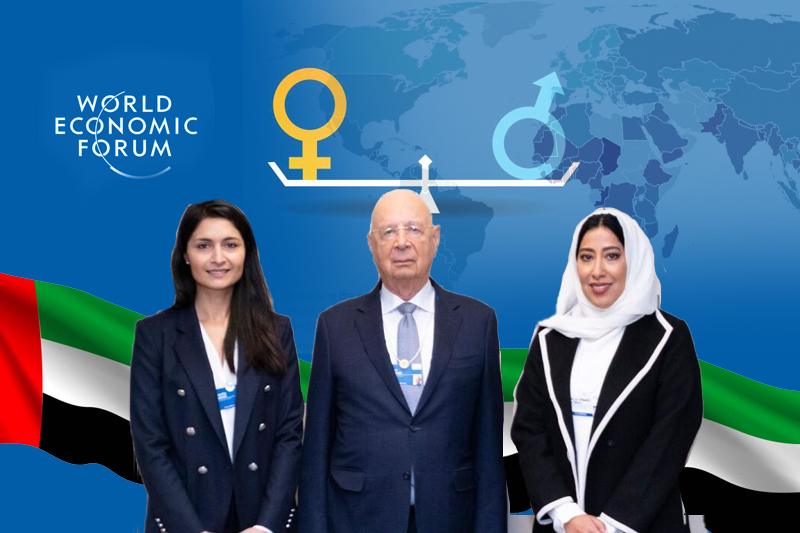 In one of the major announcements made on Wednesday on the sidelines of the World Economic Forum’s annual meeting in Davos, the forum has selected the UAE Gender Balance Council as a knowledge partner to advance gender balance globally.

The decision underscores the nation’s influential role in promoting gender balance in the region. It also reflects the Council’s significant achievements in developing an environment that enables women to succeed in their chosen fields and contribute to national development as equal partners.

The announcement was made at a meeting attended by Professor Klaus Schwab, WEF founder and executive chairman, and the UAE Gender Balance Council delegation headed by Mona Ghanem Al Marri, Vice President of the Council. Prof. Schwab appreciated the pioneering role played by the Emirates in promoting gender balance, highlighting key findings from the WEF’s Gender Gap Report 2022.

According to the report, the UAE is ranked as a leading country in gender equality in the region. Moreover, according to the Georgetown Institute for Women, Peace and Security’s 2021 WPS Index, the country is ranked 24th globally and the highest regionally.

Her Highness Sheikha Manal bint Mohammed bin Rashid Al Maktoum, President of the UAE Gender Balance Council and President of Dubai Women Establishment, affirmed the Council’s interest to forge influential partnerships that can help advance gender balance globally. “Since its establishment in 2015, the Council has launched many initiatives and projects … to accelerate the country’s gender balance journey that began more than 50 years ago,” she added.

The Council is participating in the forum’s annual meeting, being held in Davos, Switzerland, as part of the official UAE delegation.