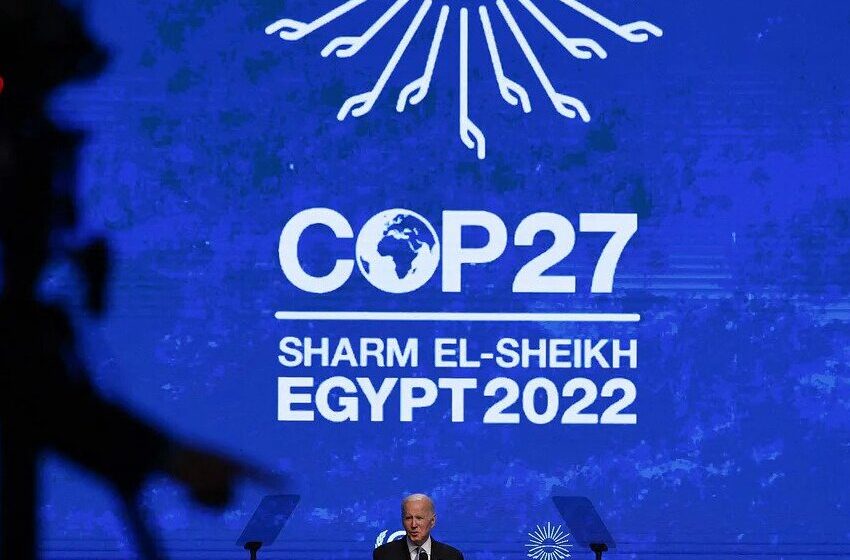 At the COP27 climate summit, countries agreed early on Sunday, November 20, to establish a fund to aid impoverished nations afflicted by climatic disasters, but they delayed approving a broader agreement declaring global will to combat climate change.

After a night of difficult talks, the Egyptian COP27 presidency released a draft text for an overall agreement and concurrently convened a plenary session to ratify it as the UN summit’s final, overarching agreement.

The session adopted the text’s provision to establish a “loss and damage” fund to assist developing nations in covering the immediate expenses of climate-driven disasters like storms and floods.

However, it postponed many of the more contentious choices on the fund until the next year, when a “transitional committee” will offer recommendations that countries will subsequently accept at the COP28 climate summit in November 2023.

These ideas would address “identifying and growing financing sources” — a reference to the contentious topic of which nations should contribute to the new fund.

The demands of poor nations for such a fund have dominated the two-week summit, extending the proceedings until the 18th of November.

Immediately following the plenary’s approval of the loss and damage fund, Switzerland requested a 30-minute suspension to study the new text of the overall agreement, specifically the language relating to national efforts to reduce emissions that contribute to global warming, as stated by the Swiss delegate.

Changes being proposed so late in the process alarmed negotiators on the evening of Saturday, November 19.

The paper, which constitutes the overall political agreement for COP27, must be approved by the approximately 200 nations participating in the climate summit in Egypt.

In accordance with previous versions, the document did not include a reference to phasing down the use of “all fossil fuels,” as requested by India and other delegations. As agreed upon at last year’s summit, it pertained to a coal-specific phase-out solely.