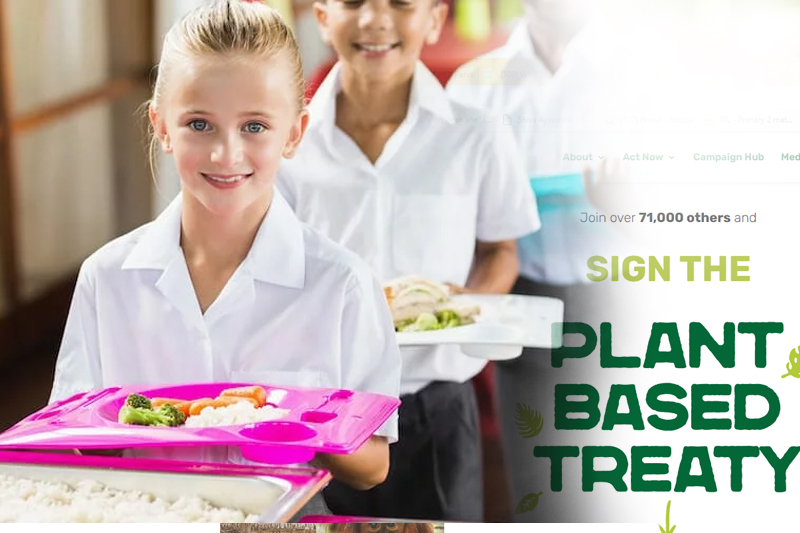 Scotland’s compact, hilly capital, Edinburgh, is now the first European capital to commit to taking meat off its menus in schools, hospitals, and nursing homes to lower the city’s “consumption-based emissions”. The move comes just days before Burns Night, an event that has long found haggis – traditionally made from a sheep’s liver, lungs, heart, and stomach – at its core.

The city council has signed on to the ‘Plant Based Treaty’, a grassroots campaign launched during COP26 in 2021 which aims to put food systems at the forefront of confronting the climate emergency. The treaty calls for a shift towards diets with less consumption of meat and dairy products, and could eventually see the council introduce carbon labelling on menus and prioritise more plant-based meals in schools and council buildings.

The council leader has also expressed the commitment to writing to First Minister Nicola Sturgeon requesting the Scottish Government to follow suit.

What changes will the Plant Based Treaty bring for Edinburgh?

Edinburgh is now the second place in the UK to adopt the treaty – after Haywards Heath Town Council in West Sussex – and one of 20 worldwide, including Los Angeles. The treaty isn’t expected to bring an end to the haggis, but could always lead to scores of pro-plant-based initiatives. Moreover, since 23% of Edinburgh’s consumption-based footprint comes from food and diet, with 12% linked to meat, the town – by adopting the treaty – is now on a reliable path of reducing carbon emissions.

The Plant Based Treaty is not legally binding, but endorsing it is similar to declaring a climate emergency. Signatories have pledged to refuse permission to open animal farms and slaughterhouses, and to promote plant-based meals, in addition to other promises, such as meat taxes, carbon labelling mandates on food, and reforestation.