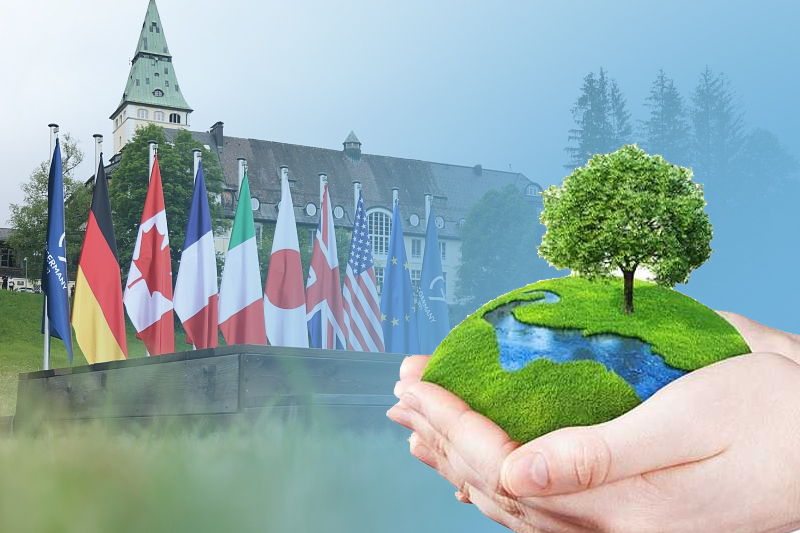 The G7 (Group of Seven) countries have agreed to set up an international climate club for countries that want to cooperate in the fight against global warming.

German Chancellor Olaf Scholz held a press conference with G7 leaders to talk about climate change. Subsequently, G7 economies created an international climate club to talk about problems related to global warming. Scholz did not describe it as a G-7 initiative but a global undertaking. He reportedly said, “We need to make an important contribution to achieving global climate targets.”

According to Germany, the international climate club aims to support the ambitious implementation of the Paris Agreement of the United Nations Framework Convention on Climate Change, which seeks to limit global warming to 1.5 degrees Celsius. The club also aims to develop emission-reduction measures.

Scholz said that the Organisation for Economic Co-operation and Development and the International Energy Agency would establish a climate change secretariat to further implement steps to limit global warming.

Germany has increased its solar capacity by 10% in 2022. The German government also aims to increase offshore wind power capacity from about 8 gigawatts to 20 gigawatts by 2030. Germany also aims to become greenhouse gas neutral by 2045. Germany also wants to support the European Union’s greenhouse gas emission reduction plans. The country has also planned to support at least 10 foreign fossil fuel projects worth over €1 billion.

Germany’s first national climate law was passed in 2019 and amended in 2021. Germany wanted to achieve the national climate targets with the help of this law. It passed an amended Federal Climate Change Act.

Germany took over the G7 Presidency i January. Germany will hold the Presidency until the end of the year and then pass it on to Japan. Japan is set to host the G7 Trade Ministers’ Meeting in Osaka-Sakai in October 2023.