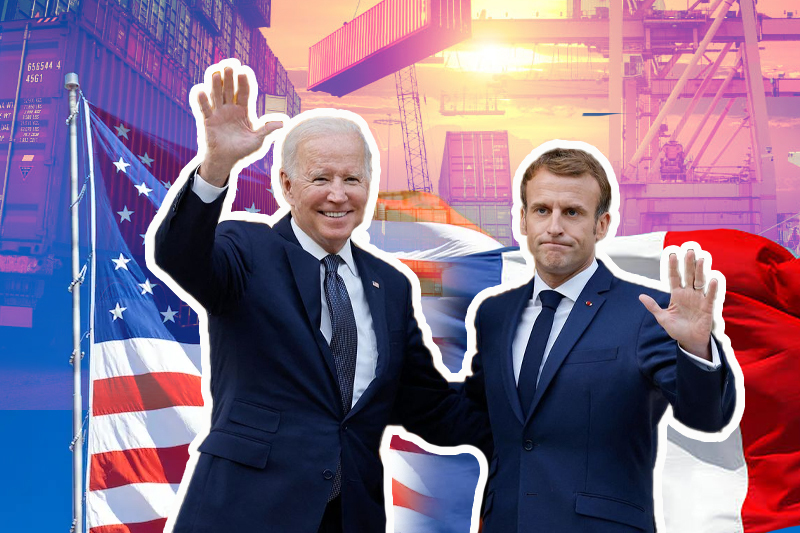 US President Joe Biden met with his French counterpart Emmanuel Macron on Thursday in Washington with prime agenda including holding a united front against Russia’s rising aggression in Ukraine and globally. Biden also hinted to alter certain aspects of climate pledge of his administration that have raised concerns among France and some of the European countries, hinting his office is willing to take steps to mend and strengthen relations with France, one of the oldest allies of the US. Thursday evening, President Biden hosted a grand state dinner in honor of President Macron, the first in his pandemic shadowed presidency for a foreign leader.

One of the major agendas included discussion over continuing support to Ukraine, something that has been opposed by Republicans that are set to take control of the House. Biden administration’s Inflation Reduction Act, in fact has been criticized by Macron himself amid pressure being faced by both the leaders over mounting cost on their treasury for supporting Kyiv. However, amid all conflicts and controversies Biden and Macron made a point of their partnership, something that both the administrations looked keen to pursue.

“Today, we reaffirm that, as I said, we’re going to stand together against this brutality,” Biden said. “Putin thinks that he can crush the will of all those who oppose his imperial ambitions by attacking civilian infrastructure in Ukraine, choking off energy to Europe to drive up prices, exacerbating the food crisis. That’s hurting very vulnerable people not just in Ukraine but around the world and he’s not going to succeed.”

Macron highlighted that crisis in Ukraine has implications well beyond the country’s borders and the region. “What is at stake in Ukraine is not just very far from here, in a small country somewhere in Europe,” he declared. “But it’s about our values. And about our principles.”

White House officials said that other key agenda on table was Biden administration’s recently enacted clean energy law and concerns by Macron and other European leaders regarding the law. Macron highlighted that the European leaders “are opposed to incentives in the Inflation Reduction Act that favor American-made climate technology, including electric vehicles”. Acknowledging the concerns, Biden assured of tweaking the law to address the issues raised but stressed that law would not be changed.