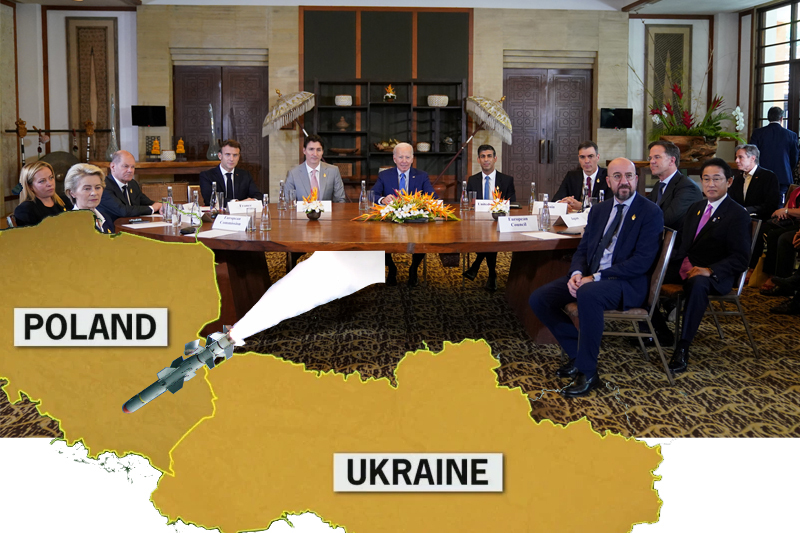 The leaders from the Group of Seven (G7) countries as well as Spain and the Netherlands, who are present in Bali for the G20 summit, held the meeting to discuss the missile strike in Poland. The Group of Seven countries includes the United States, Germany, France, Canada, Italy, Britain and Japan. All except for Japan are also members of NATO (North Atlantic Treaty Organisation).

French President Emmanuel Macron’s office said that the meeting was essential to raise awareness of the war in Ukraine.

NATO member Poland said that a Russian-made rocket killed two citizens on Tuesday in eastern Poland near Ukraine. Poland also summoned Russia’s ambassador to Warsaw. Poland also called on the Russian ambassador for an explanation. Ukrainian President Volodymyr Zelenskyy also said that the strike was “a very significant escalation” of the war. However, Russia’s defence ministry denied reports that Russian missiles had landed in Poland.

During the meeting, US President Joe Biden said that Poland’s blast may not have been caused by a missile fired from Russia. He reportedly said, “I don’t want to say that until we completely investigate it but it is unlikely… that it was fired from Russia.” However, he condemned Russia for ramping up missile attacks within Ukraine.

A deadly explosion in Przewodow, a village in eastern Poland near the border with Ukraine, killed at least two people. The Atlantic alliance and G-7 issued a joint statement to condemn the attack. Leaders from Canada, the EU, the European Council, France, Germany, Italy, Japan, the Netherlands, Spain, the UK and the US signed the statement. According to the Associated Press, preliminary assessments by U.S. officials suggested that Ukrainian forces fired a missile that struck Poland.