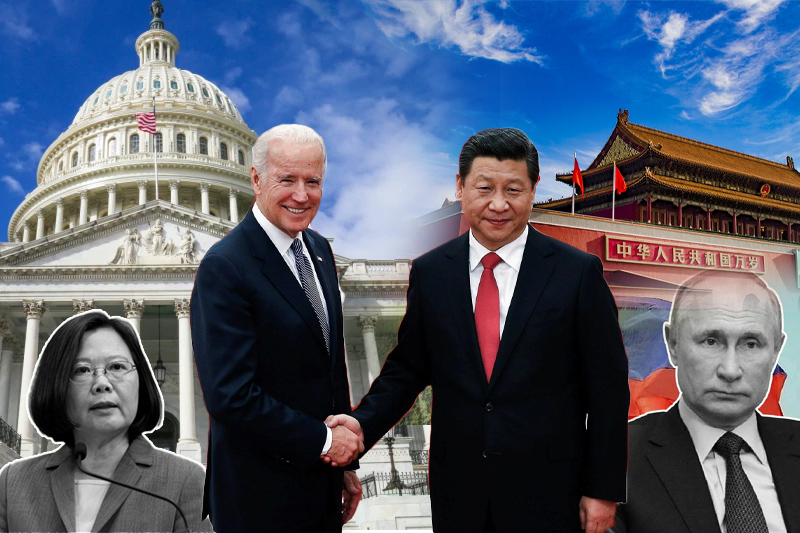 G20 Summit: Biden and Jinping to come face to face with Taiwan, Russia on agenda

On the sidelines of Group of 20’s (G20) Summit in Bali, Indonesia next week, United States president Joe Biden will meet Chinese counterpart Xi Jinping with likely topics on agenda being Taiwan and war between Russia and Ukraine. This is going to be the first in-person meeting between the leaders of the two biggest economies of the world President Biden took office in January 202. Xi Jinping too has, just weeks back, secured his norm breaking third consecutive five-year term as the leader of Chinese Communist Party.

White House press secretary Karine Jean-Pierre said in a statement that the leaders will meet to “discuss efforts to maintain and deepen lines of communication between the two countries and to responsibly manage competition and work together where our interests align, especially on transnational challenges that affect the international community.”

“What I want to do with him when we talk is lay out what each of our red lines are and understand what he believes to be in the critical national interests of China, what I know to be the critical interests of the United States,” Biden said. “And determine whether or not they conflict with one another.” The White House has been working with Beijing to arrange for the meeting on sidelines of G20 Summit. The intended topics of discussion are the trade policies, Taiwan and Beijing’s relationship with Moscow.

“I don’t think you should look at this meeting as one in which there’s going to be specific deliverables announced,” White House national security adviser Jake Sullivan said. “Rather the two leaders are going to give direction to their teams to work on a number of areas, both areas where we have differences and areas where we can work together.”

Since taking the office, President Joe Biden has been largely critically vocal about the human rights issues in China, mainly the abuses against Uyghur community in Xinjiang province of China, widespread crackdowns on democracy activists in Hong Kong by China, coercive trade policies and military provocations against self-ruled territory of Taiwan.