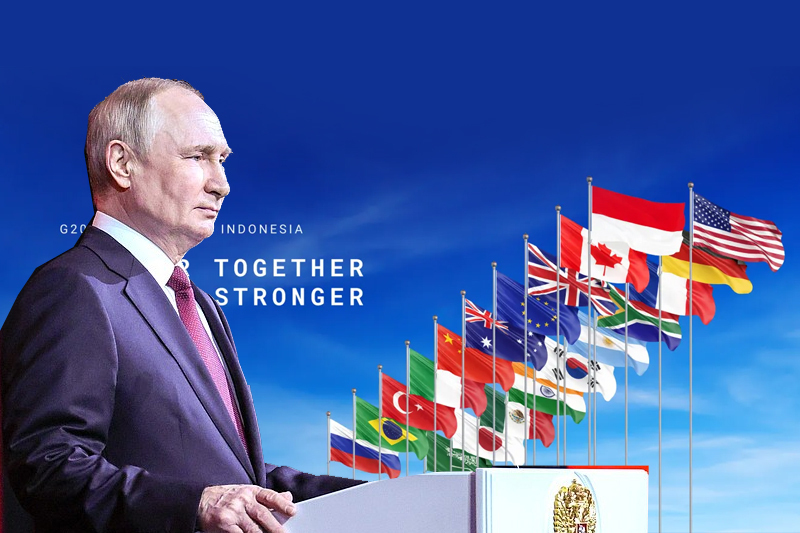 vladimir putin will not attend g20 summit in bali

Vladimir Putin will not attend G20 summit in Bali

Russian President Vladimir Putin will not be attending the G20 or Group of 20 summit in Indonesia next week. This is to avoid a possible confrontation of Russian leader with the United States and its allies over his continuing war in Ukraine, confirmed an Indonesian government official on Thursday. U.S. President Joe Biden, Chinese President Xi Jinping and other world leaders are gathering in Bali, Indonesia to attend the two day summit that starts November 15. The summit would have been the first time when Biden and Putin would have come face to face at a gathering since Russian invasion.

Russia’s president Putin will be represented by his foreign minister Sergei Lavrov, said Jodi Mahardi, a spokesperson for the coordinating minister for maritime and investment affairs. The same was confirmed by Moscow’s embassy in Indonesia. “I can confirm that (foreign minister) Sergei Lavrov will lead the Russian delegation to the G20. President Putin’s program is still being worked out, he could participate virtually,” said Yulia Tomskaya, the embassy’s chief of protocol.

Luhut Binsar Pandjaitan, the Chief of Support for G-20 events told media in Denpasar, Indonesia, that Russia’s Foreign Minister will be leading the Russian delegation. “The Indonesian government respects the decision of the Russian government, which President Putin himself previously explained to President Joko Widodo in a very friendly telephone conversation,” said Pandjaitan.

Being the host of G20, Indonesia has resisted all pressure from the West and Ukraine to expel Russia from the group over the war in Ukraine and withdraw its invitation to Putin, citing it does not hold the authority to do so. In an interview with the Financial Times, Indonesia’s president, Joko Widodo had said Russia was welcome at the summit, which he feared “would be overshadowed by a very worrying rise” in global tensions. He had said, “The G20 is not meant to be a political forum. It’s meant to be about economics and development.”