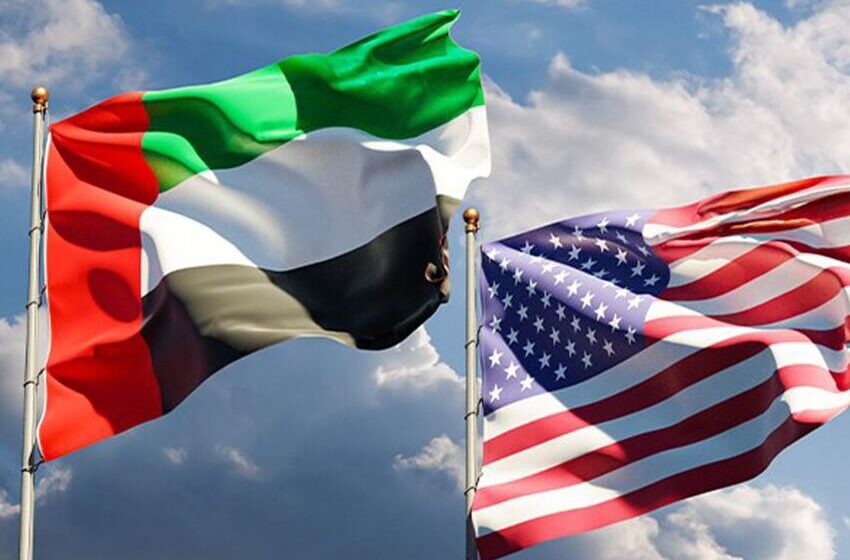 the u.s. partners with the uae to advance clean energy

The U.S. partners with the UAE to advance Clean Energy

The two leaders underlined the depth of the strategic alliance between the United States and the United Arab Emirates and discussed global concerns, especially energy security.

The UAE-US Partnership for Accelerating Clean Energy (PACE), which was launched in Abu Dhabi on November 1st of 2022 by Dr. Sultan bin Ahmed Al Jaber, Minister of Industry and Advanced Technology and Special Envoy for Climate Change, and Amos Hochstein, the Special Presidential Coordinator, will mobilize $100 billion in funding and investment to deploy 100 new gigawatts of clean energy in the US, UAE, and emerging economies around the world by 2035.

What are President Biden’s Plans for Climate Change?

As President Biden stated at last year’s Conference of the Parties in Glasgow, this is a pivotal decade, and the United States is taking action to lead a clean energy future that combines market forces, technical innovation, and investments to combat the climate catastrophe.

The efforts the President is unveiling today underscore the global imperative to support vulnerable developing nation partners in building resilience to a changing climate, thereby assisting them in coping with a situation they did not cause.

President Biden has reestablished the United States’ leadership in the fight against climate change in less than 18 months. The President is delivering on his Day One pledges, putting the United States in a position to accomplish its ambitious climate goals.

President Biden has spearheaded the most significant domestic climate action in U.S. history, including the passage of the historic Inflation Reduction Act, the signing of the Bipartisan Infrastructure Law, the ratification of the Kigali Amendment to the Montreal Protocol, the initiation of a new era of clean American manufacturing, the enhancement of energy security at home and abroad, and the reduction of the costs of clean energy for consumers in the U.S. and around the world.

President Biden announced new measures to speed the implementation of his Emergency Plan for Adaptation and Resilience (PREPARE), which intends to assist more than a half-billion people in developing nations to adapt to and manage the effects of climate change throughout the next decade. These projects represent the concept that an investment of one dollar in adaptation can yield four to ten dollars or more in benefits.

Now, the U.S. has taken another major step in accelerating clean energy, and that is their partnership with the United Arab Emirates.

The United States and the United Arab Emirates have inked the “Partnership for Accelerating Clean Energy” in Abu Dhabi, a major new clean energy framework (PACE). This memorandum of understanding is a significant step forward in our united efforts to speed our transition to renewable energy. It will speed the deployment of 100 gigawatts of sustainable energy by 2035 by catalyzing $100 billion in funding, investments, and other support.

PACE strengthens our strategic engagement with the UAE and demonstrates the larger U.S. commitment to encouraging economic growth, security, and stability in the region.

The new partnership builds on our existing extensive cooperation, led by Special Presidential Envoy for Climate John Kerry and UAE Special Presidential Envoy for Climate Dr. Sultan Ahmed Al Jaber, to enhance global climate action and accelerate the clean energy transition, including through our cooperation on the first comprehensive Middle East climate and clean energy summit in Abu Dhabi last year, our shared 2050 net zero goals, and our joint founding and leadership of the AgrArab Partnership for Sustainable Agriculture.

The United States is thankful to Sheikh Mohamed bin Zayed Al Nahyan, president of the United Arab Emirates, for his leadership in pushing this project and agreeing to host COP28 in 2023. Amos Hochstein, the special presidential coordinator, also played a pivotal role in these negotiations.

Another Goal of UAE to accelerate Clean Energy

The largest renewable energy firm in the United Arab Emirates will make acquisitions and issue bonds as part of a plan to expand its global operations and assist the country in reaching its net-zero goal.

Chief Executive Officer Mohamed al Ramahi stated in an interview at the COP27 climate meeting in Sharm el-Sheikh, Egypt, that Masdar is interested in acquiring electricity companies in the United States and Europe.

The company is an integral part of the UAE’s 2050 objective to neutralize greenhouse gas emissions within its borders. To attain this objective, the third-largest oil producer in OPEC intends to increase solar, hydrogen, and nuclear energy production.

Al Ramahi stated that Masdar can currently generate 20 gigawatts of clean energy and plans to boost its capacity to 100 gigawatts in five years. That is approximately double the amount of renewable energy installed in the UK.

Abu Dhabi-based Masdar is leading a partnership that will construct a 10-gigawatt wind farm in Egypt. Al Ramahi stated that the $11 billion project will begin producing electricity in approximately five years. It will be up to the Egyptian government to determine whether or not to export the electricity, he stated.

Masdar is owned by Abu Dhabi National Oil Company, the wealth fund Mubadala, and the emirate’s primary utility, Taqa. It has acquired the UK-based battery storage developer Arlington Energy. Earlier this year, it also inked a memorandum of understanding to acquire a share in a project backed by BP Plc to produce green or carbon-free hydrogen in Teeside, England.