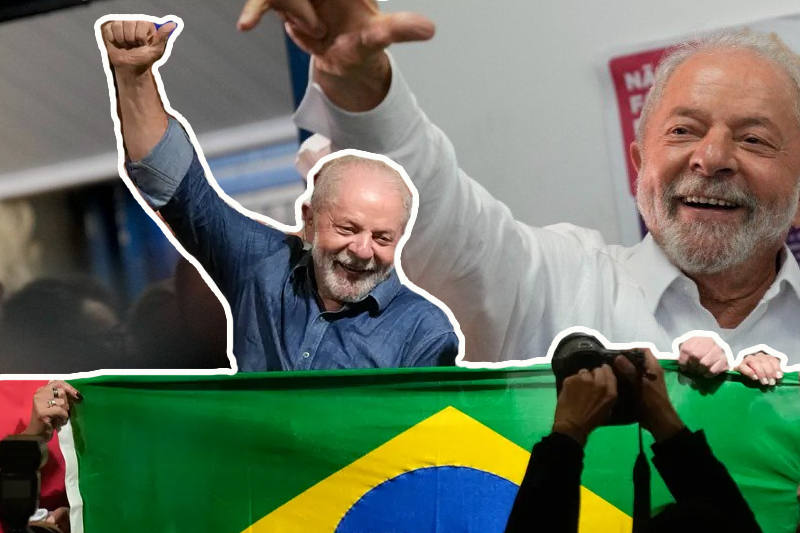 Brazil’s former leftist president, Luiz Inácio Lula da Silva has done it yet again – sealing an astonishing comeback by defeating far right incumbent Jair Bolsonaro in one of the most significant elections in the country’s history. With this a new political era has risen in Brazil, a country that has seen and hurt a lot under former leadership.

Lula, who had become president of Brazil exactly 20 years ago, had secured 50.9 per cent of the 99.97 per cent votes counted. Bolsonaro, who was elected in 2018, received 49.10 per cent votes. While addressing media at a hotel in São Paulo, Lula vowed to reunify his country. “We are going to live new times of peace, love and hope,” said the 77 year old, who was sidelined from the 2018 on corruption charges that were later annulled. “I will govern for 215m Brazilians … and not just for those who voted for me. There are not two Brazils. We are one country, one people – a great nation,” he said. “It is in nobody’s interests to live in a country that is divided and in a constant state of war.”

This was the tightest election seen by Brazil since its return to democracy in 1985. Leaders from all across the world are offering congratulations to the new Brazilian President. Though Bolsonaro had cast his doubts over the voting process in the election, US president Joe Biden’s statement strongly backed the legitimacy of the result, as he congratulated Lula “following free, fair, and credible elections”.

Canada’s prime minister, Justin Trudeau, said on Twitter, “The people of Brazil have spoken,” adding that he looks forward to working with Lula, “to strengthen the partnership between our countries, to deliver results for Canadians and Brazilians, and to advance shared priorities – like protecting the environment.”

Australia’s prime minister, Anthony Albanese, tweeted: “Huge congratulations to @LulaOficial on a tremendous victory in the Brazilian elections. Look forward to working with you on protecting our global environment.”

Huge congratulations to @LulaOficial on a tremendous victory in the Brazilian elections. Look forward to working with you on protecting our global environment.