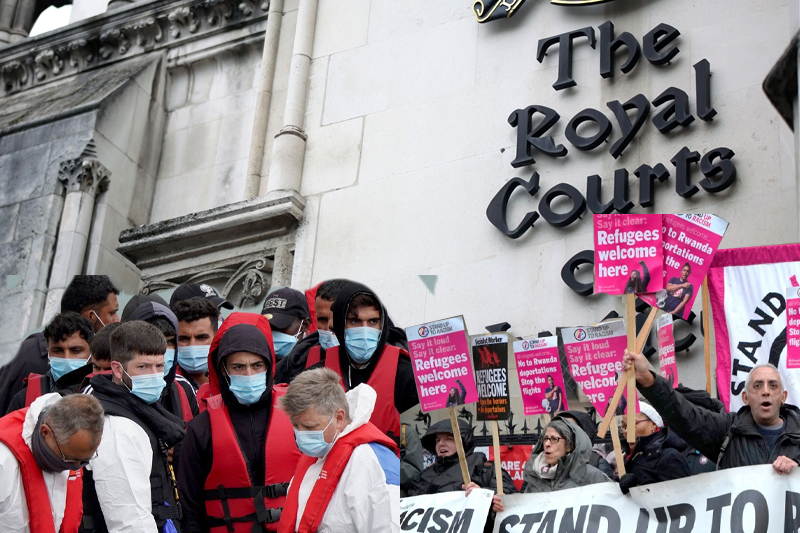 The British government’s plan to deport migrants and asylum seekers to Rwanda has been ruled as legal by two High Court judges, marking a victory for supporters of this controversial policy. But the judges also said the “government failed to consider the individual circumstances of the people it tried to deport”, signaling more legal battles in store before sending any plane to East Africa.

Several asylum seekers, migrant aid groups and a union of border officials had filed lawsuits in attempt to stop the UK’s Conservative government trying to land a deportation agreement with Rwanda in order to deter migrants from crossing Channel and reaching the UK. As mentioned by The Associated Press, the U.K. plans to send some migrants who arrive in the U.K. as stowaways or in small boats to the East African country, where their asylum claims would be processed. Under the plan, applicants granted asylum would stay in Rwanda rather than returning to the U.K.

Announcing the decision by the UK High Court, Judge Clive Lewis said it was “lawful for Britain to make arrangements with the Rwanda government to send asylum seekers to the country for their asylum claims to be determined there”.

“The (British) government has made arrangements with the government of Rwanda which are intended to ensure that asylum claims of people relocated to Rwanda are properly determined there,” the judge said. “In those circumstances, the relocation of asylum seekers to Rwanda is consistent with the Refugee Convention and with the statutory and other legal obligations on the government, including the obligation imposed by the Human Rights Act 1998.”

Human rights groups say the deal between UK government and Rwanda is illegal, and that it is “inhumane to send people thousands of miles to a country they don’t want to live in”. They also cite “Rwanda’s poor human rights record, including allegations of torture and killings of government opponents”.