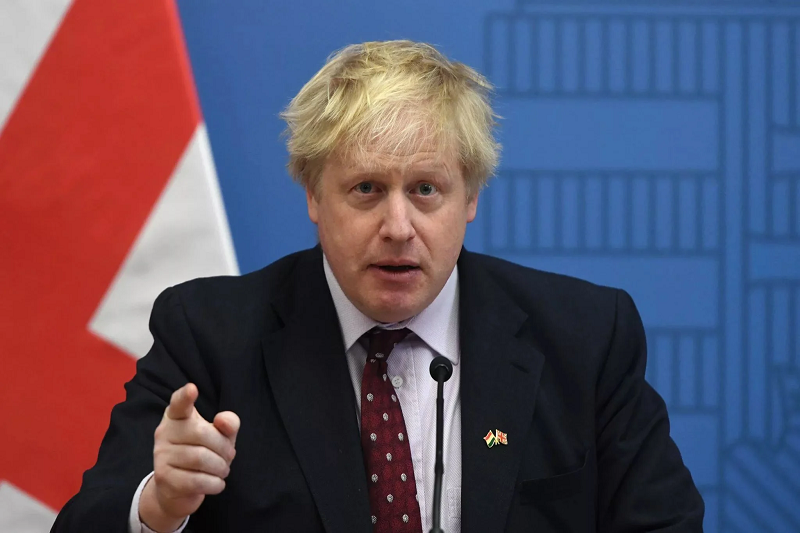 Boris Johnson, the Prime Minister, warned that Ukrainian refugees who crossed the English Channel in search of safety might risk being deported to Rwanda if they did not have permission to do so.

The British Prime Minister stated that deportations were “just not going to happen” but now admits that it may possibly be done in the future.

A “poor peace” in the Ukraine-Russia conflict might lead to an escalation by Vladimir Putin’s war machine, the prime minister warned during a visit to the Rwandan capital, Kigali.

However, when asked about the possibility of deportation to East Africa of Ukrainians arriving by boat before the Commonwealth Heads of Government Meeting (CHOGM), he said: “The only circumstances in which people will be sent to Rwanda would be if they come to the UK illegally, and thereby undermine the safe and legal routes that we have. I think we are giving 130,000 visas to Ukrainians, and they have at least two very good routes for coming to this country“

“But if you come here illegally, you’re undermining all those who come here legally. And it’s crazy. So I’m afraid the answer is, I suppose, yes, in theory, that could happen. But I think it’s very unlikely,” he added.

The Rwanda-UK program was slammed by politicians from eleven different nations across Europe. However, it had revealed that Johnson did not discuss human rights abuses when he met with the country’s president, Paul Kagame, on Thursday, despite previous hints that he would.

Even before seeing Prince Charles, Johnson was confident that he would defend the policy, which has been dubbed “appalling” by the prince. However, insiders at Downing Street and Clarence House claim that Johnson will not bring up the issue during their meeting.

A portion of the £120 million that Rwanda has already received to lodge asylum seekers who have not yet arrived has already been spent, according to the Rwandan government.

The British government has given £372 million in humanitarian aid to help countries affected by rising food costs.

People who are critical of the government’s approach to the conflict in Ukraine have noted that the United Kingdom is taking in fewer Ukrainians than the rest of Europe.