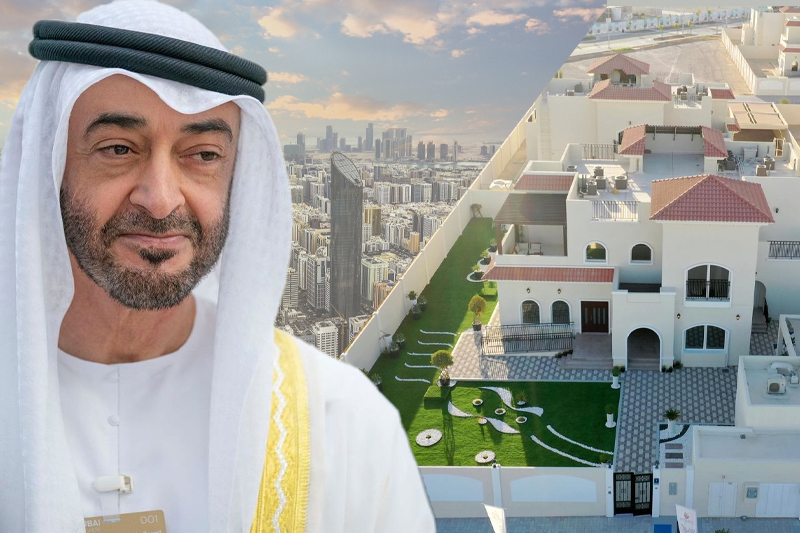 The President of United Arab Emirates, His Highness Sheikh Mohamed bin Zayed Al Nahyan, has announced housing benefits worth Dh3 billion for citizens in capital Abu Dhabi. President announced the benefits in his capacity as the Ruler of Abu Dhabi.

This is the third housing package of 2022 which also coincides with the UAE’s 51st National Day celebrations. The decision towards betterment of citizens of the Emirate is a reflection of commitment of UAE’s leadership towards ensuring increased stability for the families of people and social cohesion, while bolstering the living standards of the Emirati citizens.

Mohamed bin Zayed, in his capacity as the ruler of Abu Dhabi, has ordered the disbursement of AED3bn-worth of housing benefits to Abu Dhabi citizens. Coinciding with the #UAE51 National Day celebrations, the third housing package covers 1,900 beneficiaries in the emirate. pic.twitter.com/nkgjcJtEoi

The features and services that form part of the package include housing loans, exemption for retirees and also families of deceased mortgagors from loan repayments in Abu Dhabi.

Year 2022 saw lot of support to public housing sector in UAE. On 5th June, 2022, President MBZ ordered the completion of all pending housing grant applications, as part of the Sheikh Zayed Housing Programme and with the support of the UAE President’s Initiatives worth AED2.3 billion, due to the keenness of President His Highness Sheikh Mohamed to ensure social stability of citizens and provide them with decent lives, as reported by state media WAM.

The Sheikh Zayed Housing Programme, that was established in 1999, provides “low-income Emiratis with interest-free loans that are repayable over a 25-year period. Priority is given to widows, senior Emiratis and people with disabilities”.