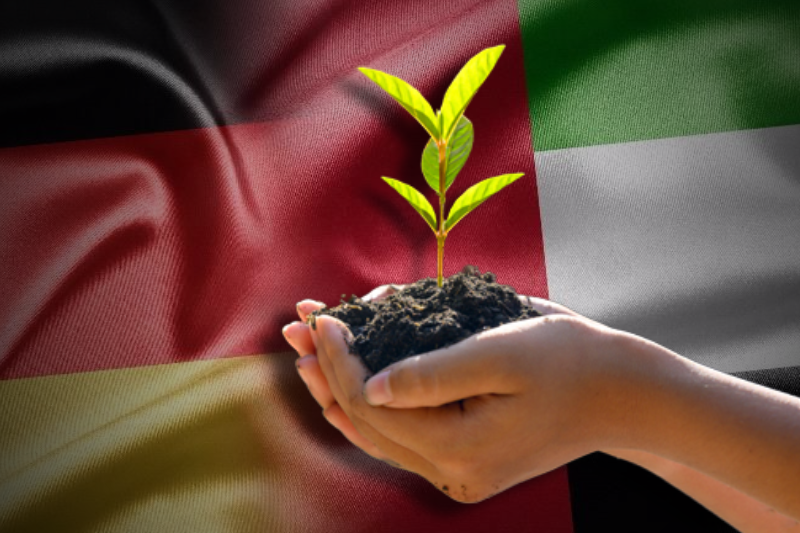 Sheikh Abdullah bin Zayed Al Nahyan is Minister of Foreign Affairs and International Cooperation of the United Arab Emirates (UAE) has reiterated the country’s focus and desire, as a hydrogen producer, to contribute towards a carbon neutral future.

Sheikh Abdullah shares details around his first visit to Berlin where he first met his Israeli counterpart, about two years back soon after signing the Abraham Accords between UAE and Israel, aimed to establish relations between the countries. Sheikh Abdullah shares of his feelings as he reflected on the human tragedy fuelled by hatred as he visited Memorial to the Murdered Jews of Europe.

Sheikh Abdullah bin Zayed stresses that this place was instrumental in establishing friendship between UAE, Germany and Israel as they shared values of intolerance, acceptance and compassion.

Threat to the values

Sheikh Abdullah underlines that when he again visited Berlin two weeks ago, he met with scenario where values, peace and stability are threatened by climate change, war and extremism.

UAE and Germany embark on a new partnership

During this visit, Sheikh Abdullah had meetings with colleague Annalena Baerbock and Vice Chancellor Robert Habeck, it was agreed that it is time to strengthen the common values and interests.

Germany has steered in a “turning point” policy that brings in a new era of foreign policy, energy and finance. Here is when the UAE and Germany will prove to be reliable partners.

Germany at present is also facing many challenges, especially since the onset of the pandemic and also recently with the ongoing war in Ukraine. Since March, over 700,000 refugees have arrived in Germany, children being 40 per cent of them. At the time of this urgent need, German citizens are stepping up and offering whatever they can – donating food, supplies, volunteering at arrival centres and also opening up their homes to refugees.

UAE is also ushering in emergency aid to Ukraine, Poland and Maldova to help the refugees. Visa requirements have also been relaxed by the UAE to allow Ukrainians to stay in the country.

UAE and Germany also stand united in addressing the food crisis that has been exponentially increased due to Ukraine conflict, Sheikh Abdullah said. UAE intends to join the Alliance for Food Security launched by German G7 Presidency and the World Bank at the G7 Development Ministers’ meeting scheduled for May 19 in Berlin.

Sheikh Abdullah has stressed that no other threat, including threats to global development and stability, is as existential as climate change. He added that world economies must work closely towards a carbon neutral future. Germany and UAE, as noted by Sheikh Abdullah, have chalked out their individual plans but now are also keen to work together towards this common goal.

Being the birthplace of global automakers and being Europe’s largest car market, Germany has taken big steps towards the transition towards renewable energy, including plans to end reliance on internal combustion engines by 2035 and by next decade moving to zero-emission vehicles.

Being a major hydrocarbon producer, UAE believes in taking the lead towards this global transition, Sheikh Abdullah underlined. Reaffirming UAE’s progressive vision for a clean energy future, the country announced last year its target to be carbon neutral by 2050. This is quite close to Germany’s target of year 2045.

As host of COP28 in 2023, the UAE will highlight that the contribution of the Middle East’s economic transformation towards global response to climate change.

The UAE and Germany have launched an Emirati-German Hydrogen Taskforce, that will bring together stakeholders from both the governments and industries “to drive sustainable growth in energy security”, said Sheikh Abdullah. Initiatives like these are big examples of how shared values and goal-driven partnerships have shaped diplomatic relations between UAE and Germany over the past five decades.