Home » Abraham Accord: How the UAE-Israel Peace Agreement is first step towards geopolitics normalization in the region
By    Freelance Writer      September 13, 2020 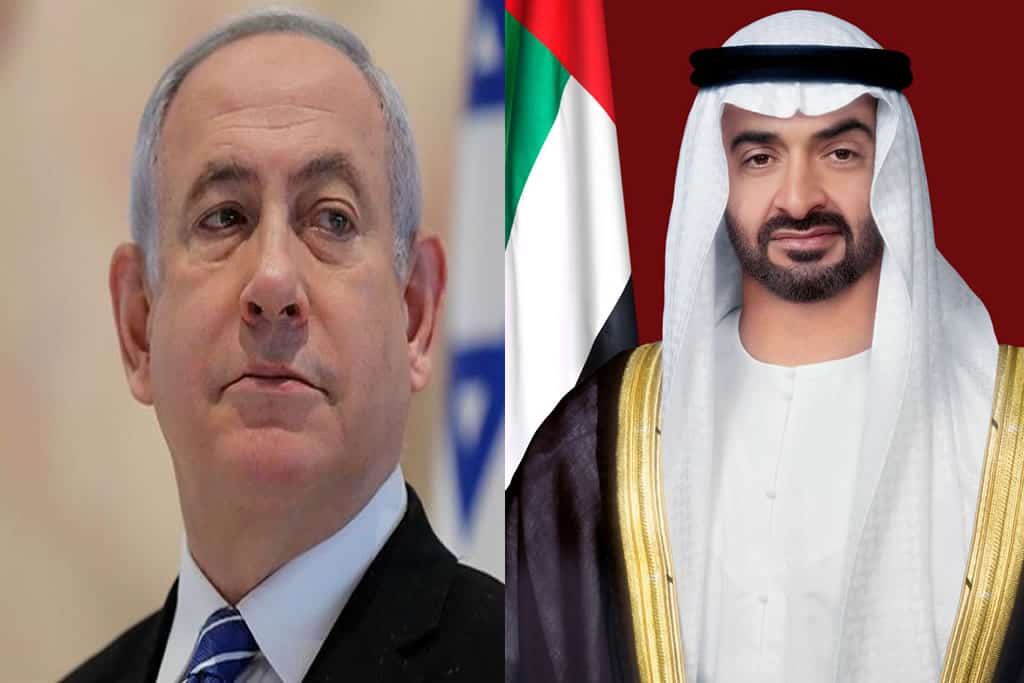 Abraham Accord: How the UAE-Israel Peace Agreement is first step towards geopolitics normalization in the region

August 13, 2020 marked a historic day that will potentially alter the course of Arab region geopolitical situation and henceforth the entire world. The United Arab Emirates and Israel have formally agreed to enter into a peace agreement, the Abraham Accord. If the two countries, who are strong allies of the United States of America but have been at odds with each other for decades, officially sign this historic peace agreement the entire dynamics will change in the region. Israel which has been largely not recognized by Arab countries will be accepted formally and recognized by the UAE under the peace agreement. Israel on the other hand will halt its plans to annex the Jewish settlements in the West Bank region occupied by Palestine.

The UAE would be the only third Arab country, and first in Gulf region, to formally recognize Israel. The other two countries to normalize relationship with Israel are Egypt, which did in 1979, and Jordon in 1994. The agreement between UAE and Israel is scheduled to be officially signed in the White House in US on September 15, 2020 after US President Donald Trump brokered the deal. The agreement will embark changed diplomatic relationship between the two countries with formal diplomatic and business contacts settlement and launching of flight services for direct cooperation for regional diplomacy. The deal has hopefully opened the floodgates and more Arab nations can possibly follow the suit.

The peace agreement was reached through talks between President Trump, Abu Dhabi Crown Prince Sheikh Mohammed bin Zayed and Israeli Prime Minister Benjamin Netanyahu. A joint statement released by the UAE, Israel and the US after the agreement said, “This historic diplomatic breakthrough will advance peace in the Middle East region and is a testament to the bold diplomacy and vision of the three leaders and the courage of the United Arab Emirates and Israel to hart a new path that will unlock the great potential in the region.” President Trump took to Twitter to announce the historic breakthrough. He tweeted, “Huge breakthrough today! Historic Peace Agreement between our two great friends, Israel and the United Arab Emirates.”

Abu Dhabi Crown Prince Sheikh Mohammed noted that the agreement would be instrumental in stopping Israeli annexation of Palestinian territory any further. He said, “During a call with President Trump and Prime Minister Netanyahu, an agreement was reached to stop further Israeli annexation of Palestinian territories. The UAE and Israel also agreed to cooperation and setting a roadmap towards establishing a bilateral relationship.”

Israeli Prime Minister Netanyahu said in his televised address, “It’s an incomparably exciting moment, a historic moment for peace in the Middle East.”

Under the peace agreement Israel would suspend the annexation plans over areas outlined in the peace plan by Trump and would focus on expanding ties and normalizing relations with other Arab and Muslim countries. The efforts initiating from the peace deal would be aimed at achieving an enduring resolution and solution to the conflict between Israel and Palestine.

In the days following the peace agreement in August, the UAE showcased to all speculating that it means real business through the Abraham Accord. On August 29, UAE President Sheikh Khalifa bin Zayed Al-Nahyan lifted the economic boycott of Israel by issuing a royal decree. The decree would allow companies and individuals in the UAE to sign agreements and deals with Israeli entities. This would also open doors to trade between the two nations. UAE’s decree by President Khalifa was a part of “The UAE’s efforts to expand diplomatic and commercial cooperation with Israel, leading to bilateral relations by stimulating economic growth and promoting technological innovation.”

On August 28, Israel announced the first commercial flight with national carrier El-Al from Tel Aviv to Abu Dhabi through Saudi Arabia airspace. The flight embarked on August 31 with diplomatic delegation from Israel and US, including President Trump’s Senior Advisor Jared Kushner. The act was symbolic of firm intentions of the UAE and Israel to catch the momentum of peace agreement and establish normal relations. Interestingly, the outbound flight number was listed LY971 and return flight number was LY972 which allude to UAE and Israel’s country dialing codes respectively. Word “Peace” was written on the El-Al flight cockpit in Arabia, English and Hebrew. This was the first direct flight between countries, a result of peace agreement between UAE and Israel whose formal announcement was made by President Trump on August 13. The flight landing on Monday in Abu Dhabi was followed by talks to boost cooperation between the two immensely strong economies in the region for sectors including aviation, trade, tourism, health, security and energy.

The peace deal brokered by Washington has raised hopes for normal relationships between Israel and other Arab nations. Trump administration has been trying to persuade other Sunni Arab countries to join the peace deal with Israel. Kushner lauded UAE’s initiation towards the peaceful direction. September 15 has been earmarked as official signing day of the peace agreement between the UAE and Israel. President Donald Trump will be holding the signing ceremony in the White House. The senior delegations from both the countries, led by Israeli Prime Minister Benjamin Netanyahu and UAE Minister of Foreign Affairs Sheikh Abdullah bin Zayed Al Nahyan will be reaching Washington for the signing of agreement.