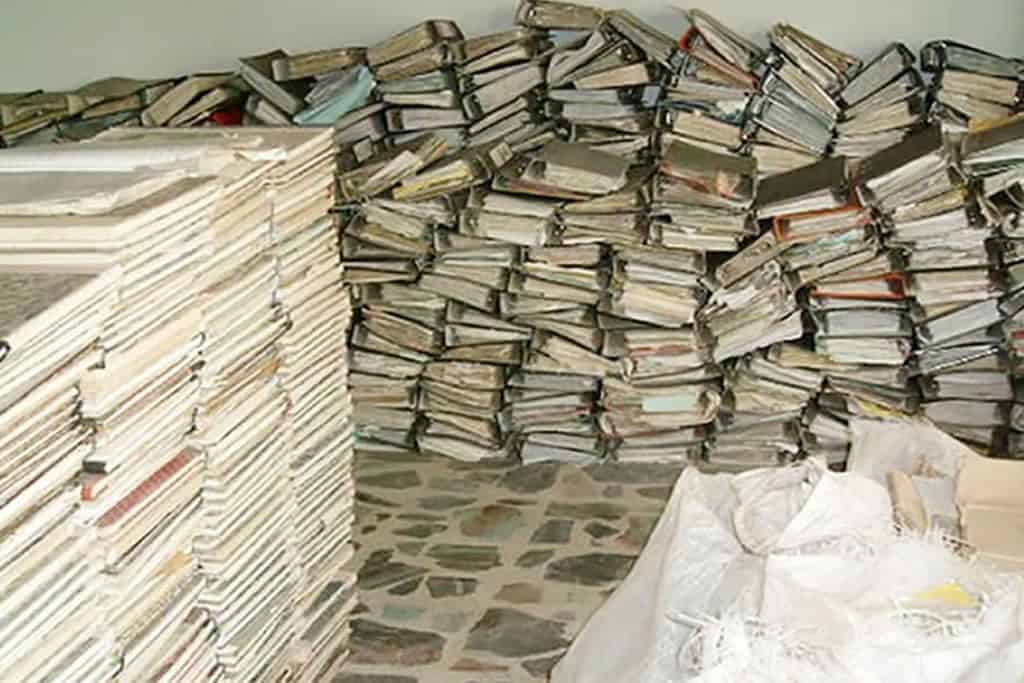 Over 48 tonnes of sensitive Baath Party documents that were taken to be stored in the United States in 2003 have been secretly returned to the country.

It was a few months after the Americans arrived in Iraq, toppling Saddam Hussein and disbanding the Baath party. They had waded into the flooded headquarters of the party in Baghdad when they stumbled upon five million pages of party documents. The two men who were called to decipher the documents (one of them Mustafa Al-Kadhimi, now the prime minister of Iraq) poured over them under a flashlight and soon realised what they were.

In addition to containing information about the party membership and communications with the administration, it also had curious documents like complaints raised by neighbours accusing people of being traitors or criticising Saddam. As it would turn out, the Baathists documented everything, from the most trivial to the highly sensitive. With sectarian violence ragging, the contents of these files were deemed too dangerous to be left in the country and were quietly airlifted to the United States.

Here they were digitised and stored in Standford University with access restricted to researchers until the end of last month when they were silently flown back to Iraq and secured in a secret location. They are not going to be released to the public, according to a top Iraqi official, news that had both disappointed and soothed survivors. Relatives of people missing since the 1990s that these documents might hold to key to discovering what happened to them. Others feel the information contained in the files might help stop the whitewashing of Saddam’s rule, which is started to happen due to the current political instability and unceasing violence.

The exact opposite reasons motivate others who argue that the documents will vindicate the Baathists and show the world that they were in fact patriotic. This is why many are critical of the decision to bring them back to Iraq. With fault lines still running deep, the country has not yet begun the process of reconciliation for the documents to play any meaningful role. They in fact go on to implicate current politicians. This could only trigger fresh tensions and violence, they feel. Some researchers argue that local academics at least should be given access to the files just like their American counterparts. Maybe be after more sensitive parts of the documents are redacted. There are of course even more dangerous archives seized after the 2003 invasion that the US is still in possession of.