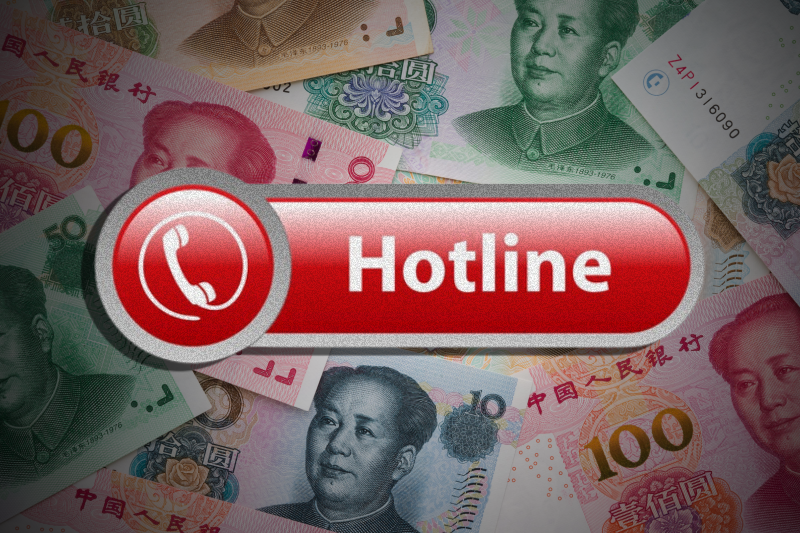 China has announced that all its citizens will be rewarded with cash of up to and above 100,000 yuan ($15,000) for providing tip-offs about people endangering national security. The move comes as Chinese authorities bolster years-long campaign to pull out what they see as “growing threats from foreign espionage and hostile forces.”

According to regulations that were released by the Ministry of State Security on Monday, the successful informants can receive either “spiritual rewards in certificates or materials rewards in cash”.

It is required that tip-offs must be very specific about the people or actions involved, and it has to be new information to the authorities. The reports can be made either in person, online, by post or through the state security hotline.

Chinese authorities have for years encouraged the citizens to be pro-active and vigilant, and inform on foreign spies and their Chinese collaborators. These efforts that seen a renewed stance under Presdient Xi Jinping. “We must ensure that national security is all for the people and all by the people, mobilizing the efforts of the whole Communist Party and whole society to bring together powerful forces to safeguard national security,” Xi had told officials in 2016.

Aim behind the new reward strategy

“The formulation of the measures helps fully mobilize the enthusiasm of the general public to support and assist in national security work, and widely rally the hearts, morale, wisdom and strength of the people,” the Ministry of State Security representative told the Legal Daily, a state run newspaper.

“China’s national security is confronted with a severe and complex situation. In particular, foreign intelligence agencies and hostile forces have significantly intensified their infiltration and espionage activities with more diverse means and are targeting broader areas, posing a serious threat to China’s national security,” the ministry representative was quoted.