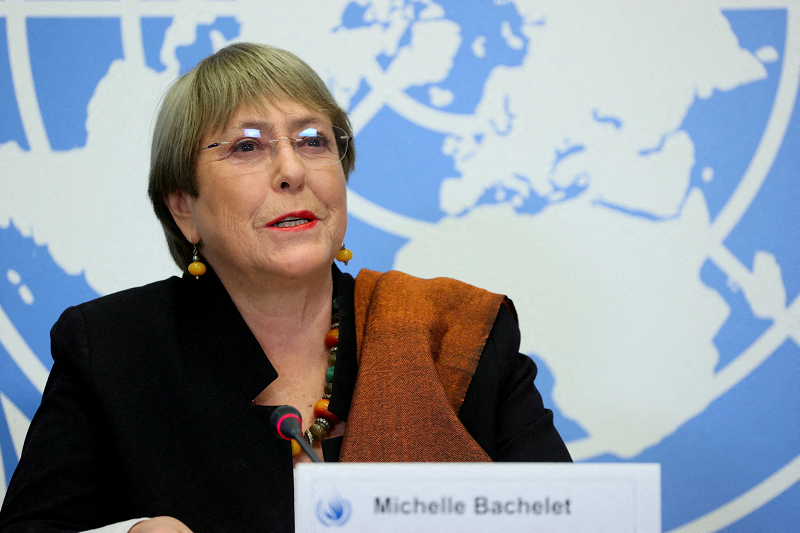 china us divided over un rights envoys visit to xinjiang

China, US divided over UN rights envoy’s visit to Xinjiang

The UN rights envoy defended her contentious visit to China on Saturday, urging authorities to avoid “indiscriminate and arbitrary” measures in Xinjiang — a region where Beijing is blamed for widespread human rights abuses.

Michelle Bachelet’s trip this week took her to the far-western region. China is alleged to have detained over a million Uyghurs and other Muslim minorities, as well as carried out forced sterilization of women and coerced labor.

But Bachelet has been insisting that her visit was “not an investigation.”

Washington has labeled Beijing’s actions in Xinjiang a “genocide” and “crimes against humanity.” The allegations have been vehemently denied by Beijing, which claims its security crackdown was a mandatory response to extremism.

Bachelet has come under fire from Uyghurs overseas and rights groups, who say she has stumbled into a six-day propaganda tour sponsored by the Communist Party. She had a virtual meeting with President Xi Jinping in which state media said she supported China’s vision of human rights.

Her office clarified that her remarks did not contain an endorsement of China’s rights record.

Speaking to the media at the end of her trip, Bachelet said her visit was a chance to speak with “candor” to Chinese authorities as well as civil society academics and groups.

“This visit was not an investigation,” she said, insisting she had “unsupervised” access to sources the UN had nominated to meet in Xinjiang.

She said she met the provincial Communist Party head as well as security chiefs in one of the most surveilled places on earth.

Bejing says it has been forced to carry out “counter-terrorism” operations in Xinjiang, but rights groups allege mass detentions of Uyghurs, many of whom have had no communication with their families outside for several years.

“We are aware of the number of people seeking news on the fate of loved ones. This and other issues were raised with authorities,” Bachelet said.