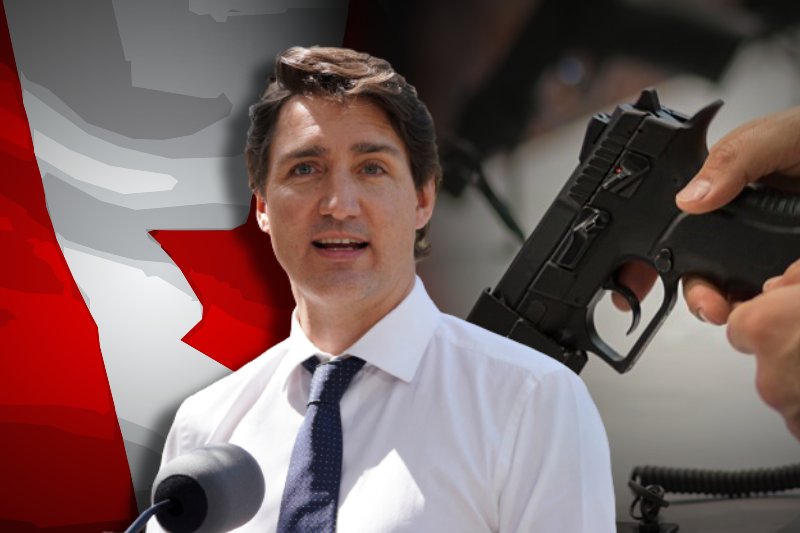 Canadian PM announce a bill to restrict all handgun sales, transfers, and imports in the country

Canadian Prime Minister Justin Trudeau announced on Monday that the introduction of a bill that would impose a national handgun ownership ban across the country.

“This means that handguns will no longer be available for purchase, sale, transfer, or import anywhere in Canada,” Trudeau stated at a press conference.

He added that in other words, they’re putting a ceiling on the market. The new anti-gun legislation, if passed, will punish gun smugglers and traffickers “by boosting maximum criminal penalties and giving law enforcement more tools to investigate weapon offences,” according to Trudeau.

Long gun magazines would “never” be allowed to store more than five bullets under the new legislation.

“Gun violence is a complicated subject, but the math is really pretty simple: the fewer weapons in our communities, the safer everyone will be,” Prime Minister Justin Trudeau said.

Following two recent mass shootings in the United States, the announcement was made. On May 24, a gunman stormed an elementary school in Uvalde, Texas, and opened fire, killing 19 students and two instructors. A racist mass shooting at a supermarket in Buffalo, New York, murdered ten people on May 14.

Ending gun violence was a key aspect of Trudeau’s electoral campaign in 2019. After Canada’s deadliest gun spree in modern history, his government outlawed more than 1,500 varieties of military-style assault weapons in 2020.

According to an announcement from Trudeau’s office, handguns were “the most serious weapon present in the majority of firearm-related violent offences” between 2009 and 2020, accounting for 59 percent of those offenses.

According to the statement, the number of registered handguns in the country surged by 71% between 2010 and 2020 to almost 1.1 million.