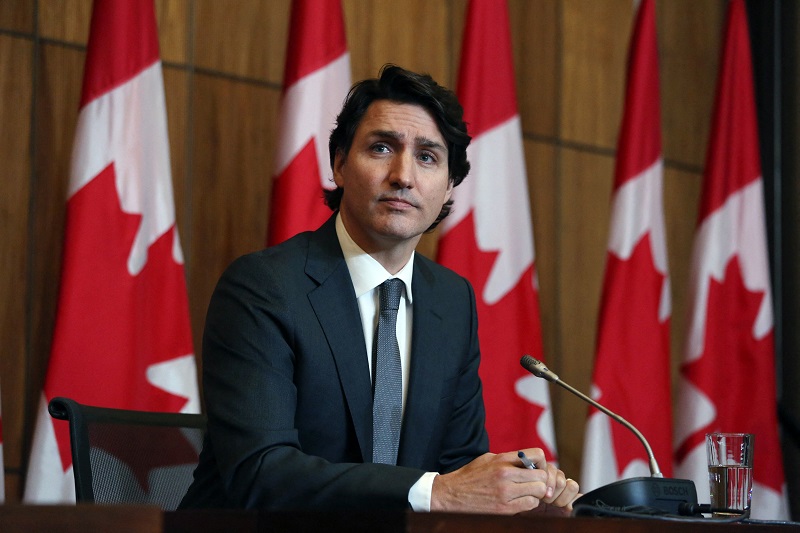 The Canadian government will not use troops against truckers who are protesting against Covid-19 vaccine mandates in central Ottawa.

Thousands of people gathered in Canada in recent days to protest vaccine mandates, masks and lockdowns. Many people protested in Ottawa against the new Covid-19 measures.

On Thursday, the Prime Minister of Canada, Justin Trudeau rejected suggestions that the military might be called in to end the protest after security concerns sparked over intensifying anti-vaccine mandate protests.

Reportedly, PM Trudeau said that one must be ‘very cautious’ about deploying troops in Canada, adding there has been no such request to the federal government. He said any formal requests for assistance from Ottawa or Ontario will be considered.

However, Ottawa police officers said that the situation has become increasingly difficult to navigate for them. Earlier, the convoy of truckers and others gave threats to the police during the protest. The protestors warned about the possibility of violence and told residents to avoid downtown.

Ottawa police chief Peter Sloly held a virtual briefing on the strike with Ottawa city councilors on this matter. Peter Sloly said, “I am increasingly concerned there is no policing solution to this.” Police also fear that violence could erupt.

During the protest, some people parked on the grounds of the National War Memorial in Ottawa, Ontario. Some people danced on the Tomb of the Unknown Soldier. The protestors were targeting Justin Trudeau. They argued that the new Covid-19 rules should not be mandatory.

The group organizing the protest has already raised more than C$10m online. However, the fundraiser was paused by GoFundMe on Wednesday. The organizers of the protest called for the forceful elimination of all COVID-19 curbs and restrictions. Reportedly, the members of Trudeau’s Liberal Party and the Ontario provincial premier are unlikely to meet the protesters’ demand for an audience.