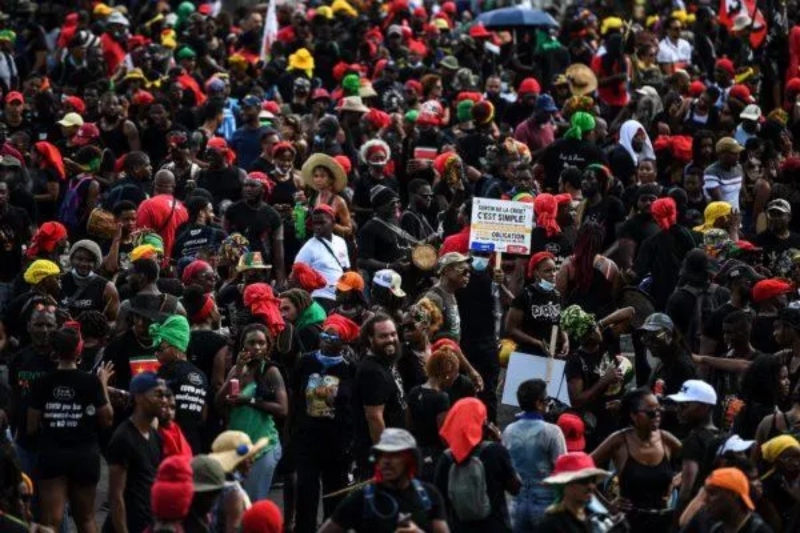 While the Regional Council was in the meeting, the demonstrators got into its debating chamber; however, councillors were allowed to leave peacefully.

The protesters, inside the council building, strung a banner saying, “No to the Health Pass, No to Obligatory Vaccination,” according to pictures posted by officials.

A Christmas tree could also be seen knocked over.

It merits mentioning that tensions have been building in Guadeloupe over the last few weeks over the management of the coronavirus measures, including mandatory vaccinations for healthcare workers.

The protesters also seek better access to clean water, wage and pension increases and mass employment. They also expressed anger at stalled negotiations with Paris about the management of the French Caribbean island.

The protesters want to negotiate with France over Covid-19 measures and call for a halt to sanctions against healthcare workers refusing the vaccine. However, officials have said they will not get into talks until demonstrations are called off.

Vaccination rates in French Caribbean territories are lower than those in mainland France. There are fears that the new wave — the omicron variant — could create significant regional health problems.

About one-third of the island’s population resides below the poverty line, and their cost of living is higher than those in the French mainland. Moreover, water supplies have been a massive problem due to obsolete pipes in recent years.

Maite Hubert M’toumo, secretary-general of the general union of Guadeloupean workers, said the workers would keep up with the protests till their demands are met with firm commitments from the other side.

“We are not against vaccinations. We are fighting against injustice, sanctions, and the mandatory vaccines for health workers.”

Last month, protesters set up barricades on major roads and arteries, bringing traffic on the island to an absolute halt.