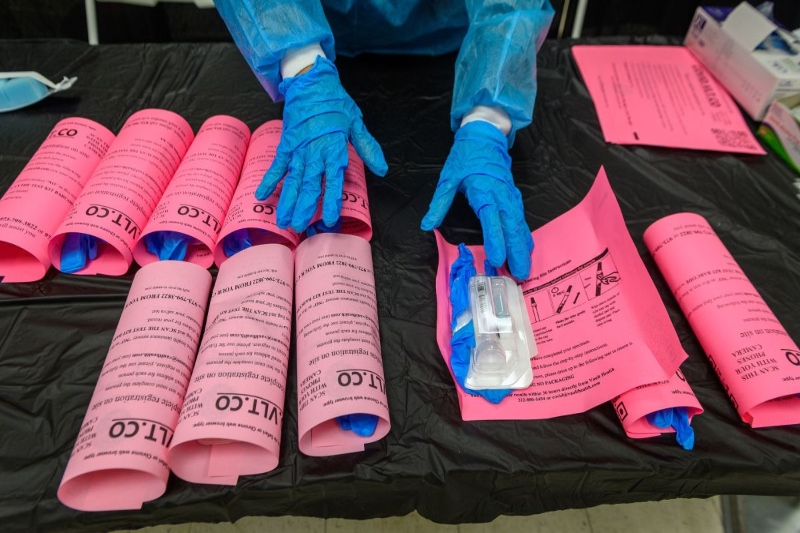 latinos in new jersey with covid

The Latino population in American county of New Jersey seems to have been adversely affected by the Covid-19 pandemic infections. It has been reported that the virus has disproportionately, killed many men under 50. The already suffering marginalized population has been pushed further down the economic scale.

Now with state health officials reporting the highest number of Covid-19 positive cases in nearly a year, advocates and some Latinos are on high alert as the latest Covid-19 variant is now the country’s most dominant strain less than three weeks after the first case was reported in the US.

While the Omicron strain is being seen as a dominant one, more than the Delta variant, its side effects and mortality rate have not been reported to be high. However, strangely, nearly 40percent of the Covid-19 infected are Latino men.

The major reason for this is inability to take the vaccine due to ill-informed decision making and ill-conceived fear of the vaccine as well. Many NGO volunteers spoke to Latinos residing in Hudson, Essex, Bergen, Union and Middle Essex counties, where approximately 65% of Latinos in the state reside, they are often confronting widespread vaccine hesitancy.

There is a mixed bag of issues- lack of transport, lack of knowledge of implications of remaining without being vaccinated, prioritizing work over vaccine, fear, etc. Data from the New Jersey Department of Health shows that about 6.2 million residents are fully vaccinated. Of the population of fully vaccinated in the state, 17% are Latinos. However, Latinos only make up 9% of the people who have received a third dose of the vaccine or booster shot, despite making up 21% of the state’s population.

It is sad to note that despite them bearing a brunt of the ramifications of remaining unvaccinated, Latinos and Black people living in New Jersey counties remain severely affected by the pandemic remain wary of Covid-19 vaccines according to a study published in the journal JAMA Network Open.