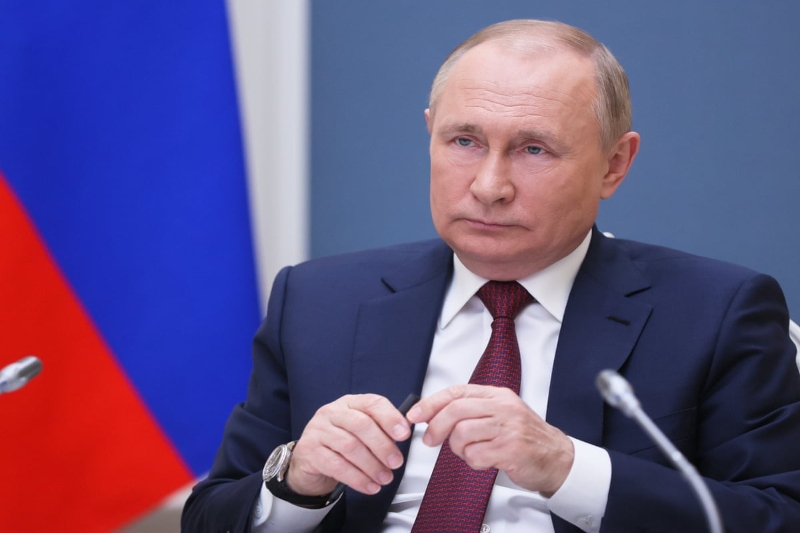 Russia might invade Ukraine if threatened by NATO’s rising aggression. Russian President Vladimir Putin has conveyed the option hinting that he is not ready to de-escalate the possibility of invading Ukraine. Addressing his top military commanders on Tuesday, Putin took a rather combative course of speech as he told them that the rising tensions between Russia and Ukraine are due to increased interference from West.

He also demanded “security guarantees” from NATO, which he accused of aggression into the matter. This is as Russia is building up scores of artillery, tanks and troops along the border with eastern Ukraine, a development that hints towards possible invasion within weeks.

Kremlin has been vocal and clearly rallied against the NATO enlargement since Soviet Union fall. Moscow has also accused the NATO nations of rallying Kyiv against it. After Moscow annexed Crimea in 2014, a conflict in eastern Ukraine has led to over 14,000 dead. Kremlin has also resented the increasing military cooperation between NATO nations and Ukraine.

“What the United States is doing in Ukraine is at our doorstep,” Putin said of Washington supporting Kyiv. “And they should understand that we have nowhere further to retreat to. Under [US] protection, they are arming and urging on extremists from a neighbouring country at Russia. Against Crimea, for instance. Do they think we’ll just watch idly?”

Though Putin did not directly mention offensive against Ukraine, Russian diplomats in past have hinted that a response against Kyiv may include moving intermediate-range missiles that have striking distance of European targets.

But by amassing troops at border with Ukraine Putin has clearly signaled that an attack is definitely on the table. “If our western counterparts continue a clearly aggressive line, we will undertake proportionate military-technical countermeasures and will respond firmly to unfriendly steps,” Putin said in televised remarks. “I’d like to stress that we are fully entitled to do that.”

Putin has repeated his demands that the West must ensure giving a legal guarantee of Russia’s security. “We need long-term legally binding guarantees,” he told military commanders. “You and I know well that even they, legal guarantees, cannot be trusted because the United States easily withdraws from all international agreements it loses interest in for one reason or another … giving no explanations whatsoever.” He hinted precisely to missile defence treaties and the Treaty on Open Skies, which the US exited in November 2020.