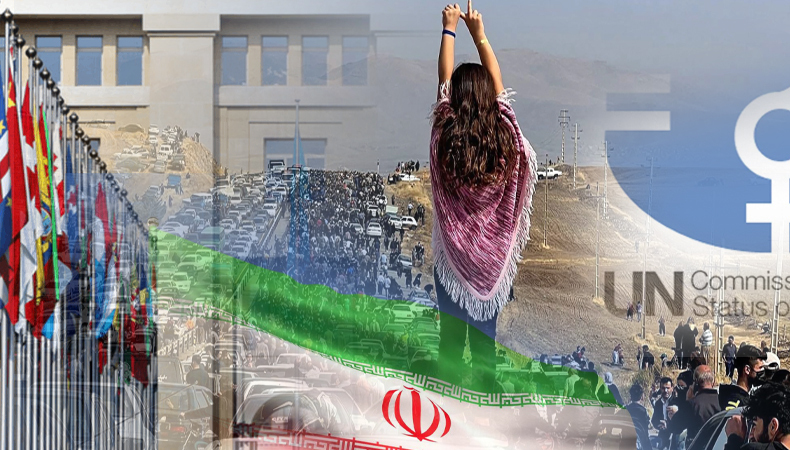 The United Nations Economic and Social Council has voted to immediately oust Iran from the premiere global body of the UN in its fight for gender equality citing systematic violation of the rights of women and girls in Iran. The 54 member UN Economic and Social Council (ECOSOC) has adopted a US sponsored resolution to remove Iran from the Commission on the Status of Women (CSW) for the remaining term of four years that is ending in 2026.

The development comes in the wake of the Iranian regime’s brutal crackdown on protests that are demonstrating nationwide and calling for justice for Mahsa Amini, 22 year old Kurdish Iranian woman who died in custody of morality police in September.

The CSW has a meeting each year in March at UN Headquarters in New York and is described as the largest gathering of gender equality advocates globally. The resolution that was introduced by US received 29 votes in favour and eight against, with 16 countries abstaining from voting. U.S. Ambassador Linda Thomas-Greenfield called the vote “historic” and “the right thing to do.” She told the media, “I think we sent a strong message to the Iranian government and we sent a strong message to Iranian women.”

U.S. National Security Adviser Jake Sullivan said the vote “shows a growing consensus among the United States and its allies and partners around the world that Iran must be held accountable for atrocities such as the recent horrifying executions of protesters in Tehran”.

The resolution has been rejected by Iran as its UN Ambassador Amir Saeid Iravani accused the United States of using its “longstanding hostility toward the Iranian people under the guise of human rights to remove Iran from the commission”.

The UN Commission on the Status of Women (CSW) was established in 1946, and is widely instrumental in promoting women’s rights globally, documenting women’s lives and their reality throughout the world, and also chartering global standards on gender equality and moving towards empowerment of women.