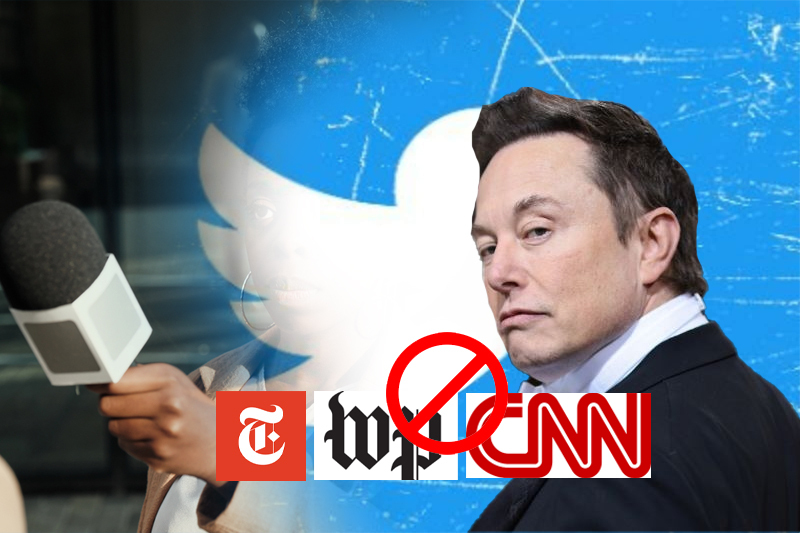 Twitter accounts of many tech journalists at CNN, the Washington Post, Mashable and the New York Times were suspended without any explanation on Thursday evening. All these journalists were the ones who had recently published articles criticizing actions of the new Twitter owner Elon Musk, including his suspension of a Twitter account that had made the data about the movements of his private jet public.

The accounts of CNN’s Donie O’Sullivan, The New York Times’ Ryan Mac, The Washington Post’s Drew Harwell and many other journalists “who have covered Musk aggressively in recent weeks” were permanently suspended. The account of independent journalist Aaron Rupar was also banned.

In a series of tweets, Musk wrote that “sharing his real time location on Twitter was forbidden”, as he accused journalists for sharing this information.

“Musk just seems to be stamping out accounts that he doesn’t like,” Donie O’Sullivan, one of the journalists whose account was abruptly suspended, told CNN’s Anderson Cooper.

In a series of tweets on Thursday night, Musk said: “Criticizing me all day long is totally fine, but doxxing my real-time location and endangering my family is not.” He added that the “same doxxing rules apply to ‘journalists’ as to everyone else” and wrote: “They posted my exact real-time location, basically assassination coordinates, in (obvious) direct violation of Twitter terms of service.”