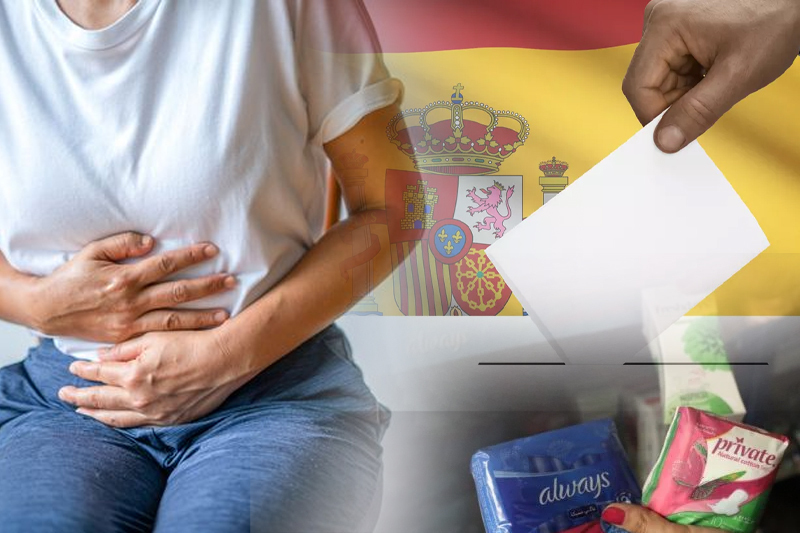 The Spanish lawmakers on Thursday adopted a new bill to introduce paid ‘menstrual leave’ for women suffering from painful periods and strengthen access to abortion in public hospitals across the country. The bill was adopted by deputies in the lower house of the Spanish parliament. It received 190 votes in favour, 154 against, with 5 abstentions. The bill will now go to the Senate.

Also Read – Covid-19, in Spain after the end of the state of emergency, infections among young people increase

Irene Montero, Spain’s Minister of Equality, told the Congress of Deputies that “the legislature is a legislature of feminist conquests.”

According to Euronews, the length of paid ‘menstrual leave’ has not been specified in the bill. The lawmakers also aim to increase access to abortion in public hospitals in Spain. The lawmakers also seek to allow young women of 16 years of age to have abortions without parental permission. The bill also has a provision to distribute free contraceptives and menstrual hygiene products in high schools. The bill also seeks to reinforce sex education in Spanish schools.

Earlier this year, the Spanish Cabinet approved a draft law to grant women paid menstrual leave. Under the bill, women experiencing severe period pain will have the right to stay home with no cut in salary. Earlier, Nadia Calvino, the Deputy Prime Minister of Spain, said that the bill could affect women competing for jobs and it would put a brake on the hiring of women. The UGT trade union (General Union of Workers) also expressed concern over this bill.

If the Senate also approves the bill, Spain would become the first European country to offer paid menstrual leave to women. The Spanish government has made women’s rights an important issue  since the Sanchez government came to power. Pedro Sánchez has been the Prime Minister of Spain since 2018. The Sanchez government has more women officials. Taiwan, South Korea, Japan, Zambia and Indonesia already offer menstrual leave to women workers.