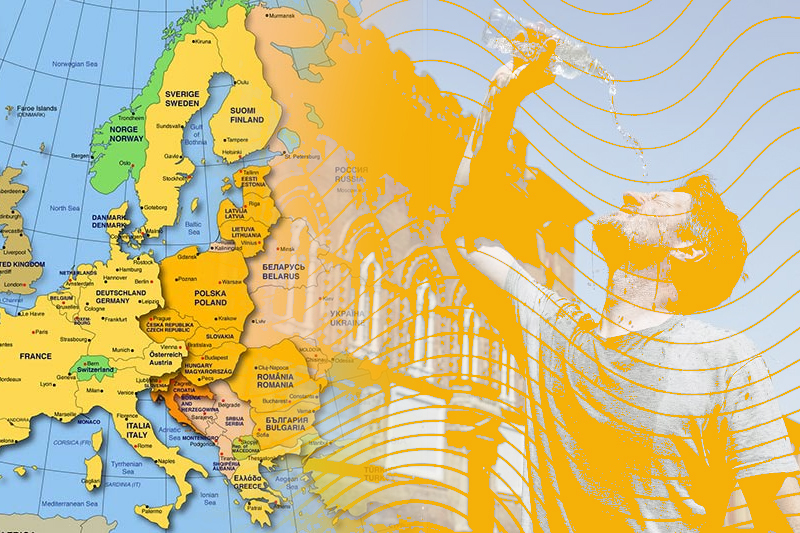 Several parts of Europe have been witnessing an unprecedented winter heatwave in the first days of the year. At least seven countries, including Poland, Belarus, Lithuania, and the Netherlands, have recorded their hottest January weather ever. Several ski resorts across the continent have been forced to close temporarily or resort to artificial snow due to a severe lack of snowfall in the mountains.

Record-high winter temperatures have strengthened calls from activists for faster action on climate change. The winter heatwave has made several areas of the Czech Republic see 19 degrees Celsius, while northern Spain is currently basking in 25C.

Temperatures have surged to springtime or summer levels, causing plants to start growing earlier in the year. In the Czech Republic, some trees in private gardens have started to flower, while in Switzerland, a pollen warning has been issued to allergy sufferers. Such temperature spikes can also coax animals out of hibernation early, raising the chances of them getting killed by later cold snaps.

Scientists are still trying to unravel the mystery behind the unusual weather conditions. Some believe a mass of warm air arriving from Africa is a potential culprit. It’s not yet clear how climate change is responsible for the recent temperatures. But January’s warm weather is undoubtedly connected with the global trend of rising temperatures due to human-caused climate change.

A climate scientist at EU’s Copernicus Climate Change Service said: “Winters are becoming warmer in Europe as a result of global temperatures increasing.”

But there is a pleasant side to this sudden distress. The unusually mild temperatures are offering short-term respite to European governments struggling with limited gas supplies and high gas prices. Gas demand for heating has fallen, helping reduce costs. But “nobody should believe this is over yet,” a note by Eurointelligence cautioned. It will take concerted action over the course of several years to resolve Europe’s energy problems, it added.