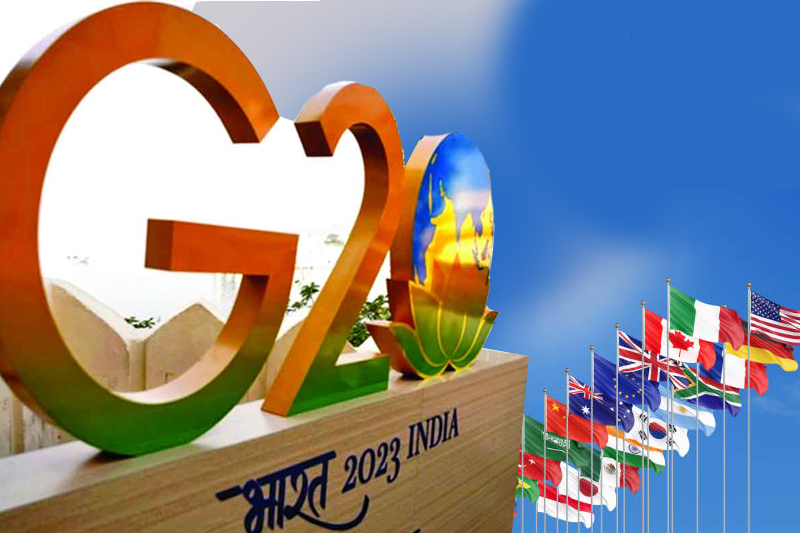 What to expect with India inheriting G20 presidency

What to expect with India inheriting G20 presidency

Last year, on December 1, India inherited the Group of Twenty (G20) presidency from Indonesia, amid rising geopolitical tensions and economic uncertainty. It will convene the 18th G20 summit on September 9 – 10 in the capital New Delhi. The country is now considered an outstanding economic reformer. In November 2022, investment bank Morgan Stanley predicted that India’s economy will play a key role in global growth over the next decade.

With India starting its yearlong G20 presidency, smaller countries are expected to finally have their voices heard and get a major role to play in the group’s deliberations.

During the Great Recession of 2008-09, the G20 successfully persuaded the world’s largest economies to coordinate their fiscal and monetary policies and in the process, prevent a worse crisis. The global economy is currently at a critical juncture. But with markets now strongly interconnected due to years of relentless globalisation, the group has again got an opportunity to play the role of the saviour.

The G20 is a forum of the world’s twenty largest economies – 19 countries and the European Union – that meets regularly to discuss the biggest challenges facing the global economy. Together, the group accounts for 60% of the world’s population, 75% of global trade, and over 80% of the world’s Gross Domestic Product (GDP).

The G20 represents the world’s major developed and emerging economies. It started in 1999 as the forum for finance ministers and central bank governors to discuss the most pressing global financial issues. The 2008 crisis helped it grow into the leaders’ summit. It’s now a place where prime ministers and presidents could get together.

The summit matters. Unlike the G7, which is made up of rich countries – Canada, France, Germany, Italy, Japan, the UK, and the US – the G20 brings leaders from both developed and emerging economies together. It ensures the representation of a far broader range of views. Sometimes, however, it has been pretty challenging for such a diverse group of economies to find common ground.