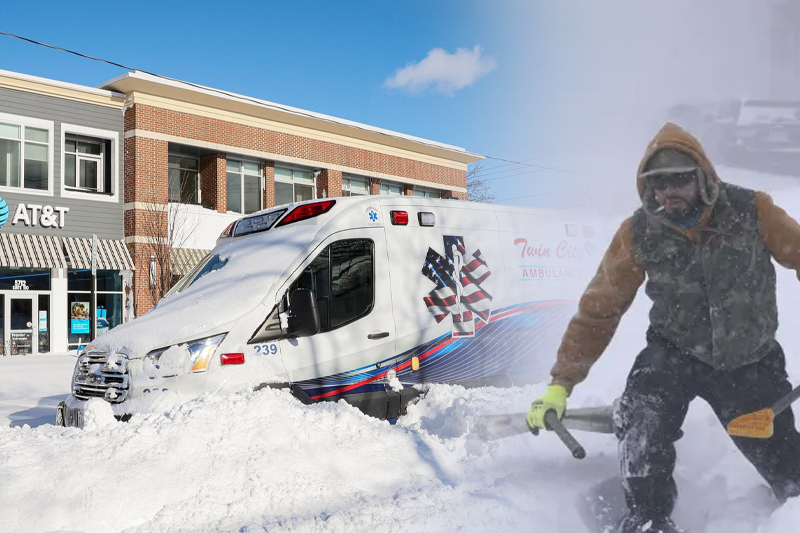 winter storm in the us killed dozens

Winter Storm in the US killed Dozens

A big storm hit on United States of America region. 60% of the US, and Canada, came into the impact of it. The situation is critical, heavy snowfall, freezing rain, and deadly low temperature take many lives. Around 34 people died on Sunday in this storm.

People around the region are looking for shelters to survive in this typical condition.

The storm hit on the vast region of the Great Lakes to Rio Grandes, which is nearly from Canada to Mexico. It was expected to move towards the east, and by this more lives would suffer from it.

The storm affected the eastern state of New York, Buffalo, in particular, being hit hard! People were trapped inside cars on Christmas Day, leaving the city without power due to a storm.

US- Buffalo suffered a bad Christmas

This city of New York received 4 feet of snowfall on Sunday, that is 25th Dec. Mark Poloncarz, the Erie County Executive said that around ten people were killed in the country, it also includes the number of people from Buffalo. Some dead bodies we found in cars and some under the snow blanket. He also said that the number of deaths can increase.

The country-wide driving is banned for now to take the situation under control. Poloncarz also tweeted that they were not expecting this kind of Christmas. They showed their condolences to the families who lost their near ones.

Kathy Hochul the Governor of New York said during addressing the nation that, this is Buffalo’s most deadly storm. We are still in it.

‘Bomb cyclone’ made a new low

The National Weather Service called it a once-in-a-generation event. Many areas have temperatures of -55 degrees Fahrenheit. Even Florida is experiencing its lowest temperatures.

This cyclone lowers the boundary of the atmosphere and it originates near the Great Lakes. So the situation is made of snow and storm.