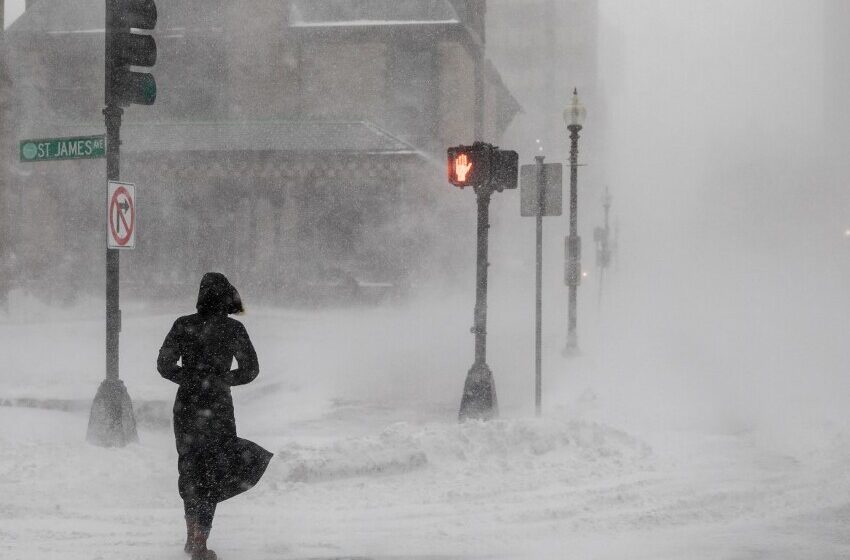 On Saturday (Dec 24) evening, a frightening winter storm continued to lash areas of the United States with blizzard conditions after fierce Arctic winds left over a million customers without power earlier in the day and caused Christmas travel nightmares.

At least 17 weather-related fatalities have been verified in eight states as heavy snow, howling winds, and dangerously cold temperatures have gripped the majority of the United States, including the generally temperate south, for a third consecutive day.

In the devastated state of New York, Governor Kathy Hochul dispatched the National Guard to Erie County and its principal metropolis, Buffalo, where officials reported that emergency services were inoperable.

The National Weather Service (NWS) issued a warning late Saturday night that blizzard conditions in the Great Lakes area induced by lake-effect snow would last through Christmas Day and that there would be “only a gradual cooling into Monday.”

Due to the impassable roads, one couple in Buffalo, which is located over the border from Canada, informed AFP that they would not be making the 10-minute journey to see family for Christmas.

Rebecca Bortolin, age 40, stated, “It’s difficult since the circumstances are so poor; many fire departments aren’t even sending out vehicles for calls.”

Her boyfriend Ali Lawson is experiencing back discomfort, but he wants to endure it at home since it is too unsafe to go to the hospital.

The “bomb cyclone” winter storm, one of the worst in decades, has already caused the cancellation of almost 3,300 US flights on Saturday and the delay of about 7,500 more, according to flight-tracking website FlightAware.com. The previous day, nearly 6,000 flights were canceled.

Transportation Secretary Pete Buttigieg tweeted on Saturday that “the most significant delays are behind us as airline and airport operations steadily recover” – reassuring words for travelers delayed at airports such as Atlanta, Chicago, Denver, Detroit, and New York.

Zack Cuyler, a New York City resident whose trip home to Houston on December 22 was delayed and then canceled twice this week, was “quite angry” about the mess.

The 35-year-old now hopes to be reunited with his family by December 25. “I’m simply happy I’ll be able to spend Christmas with my family,” he told AFP.

Road ice and whiteout conditions also led to the temporary shutdown of some of the nation’s biggest transportation corridors, including portions of Interstate 70 in Colorado and Kansas.

According to poweroutage.us, at one point throughout the day, approximately 1.7 million consumers were without power in the bitter cold.

Even though power was generally restored by late Saturday night, residents were encouraged to conserve electricity and rolling blackouts were implemented in North Carolina and other states.