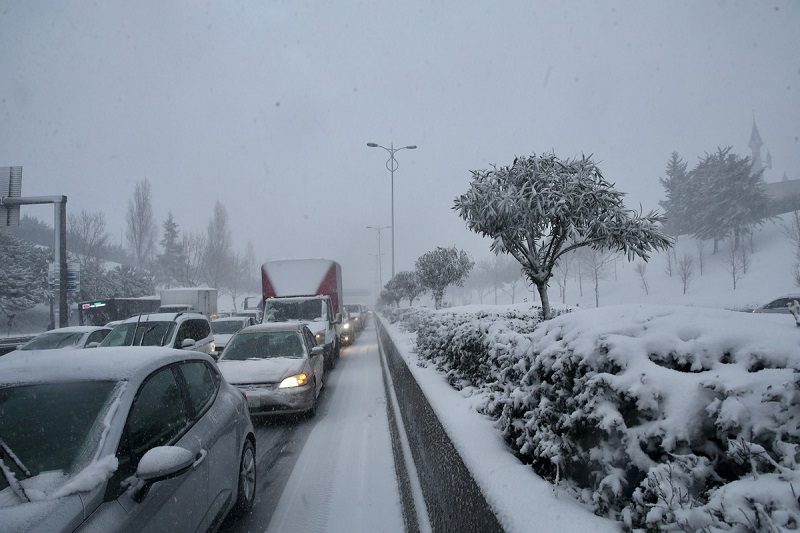 snownado snow covers greece and turkey stranding life for many

Greece and Turkey -A snowstorm has blanketed several parts of Turkey and Greece, causing chaos on the streets forcing life in major cities to a halt.

It is pertinent to state that snow rarely falls in the Greek capital, which has seen just six snow events since 2000. However, snowfall has now struck Athens for the second consecutive year.

According to media reports, the islands of Santorini and Mykonos also experienced rare snowfalls.

Aegean Airlines cancelled most of its flights on Monday and said that it expected schedules to remain disrupted for most parts of the week.

In Turkey, flights were suspended at Istanbul Airport, whereas private vehicles were asked to stay away from city streets on Tuesday. Moreover, heavy snowfall left people stranded in the country’s largest city and beyond.

Snowfall in Istanbul started late last week and has spiked in recent days across the city of 16 million people. Footage from one of the world’s largest airports showed runways covered in a blanket of snow with vehicles and aircrafts barely visible. Istanbul Airport said that flight operations had been put to a halt until 10 a.m. GMT (5 a.m. ET) on Tuesday.

Rescue crews, including the army, have been at work to assist thousands of people stranded on roads and motorways.

As temperatures fell overnight, the army handed out water, food, and blankets to drivers, with many stranded for more than ten hours.

Meanwhile, Athens marked Tuesday as a public holiday, with offices closed and all private businesses ordered to shut. However, pharmacies, supermarkets, and petrol stations stayed open.