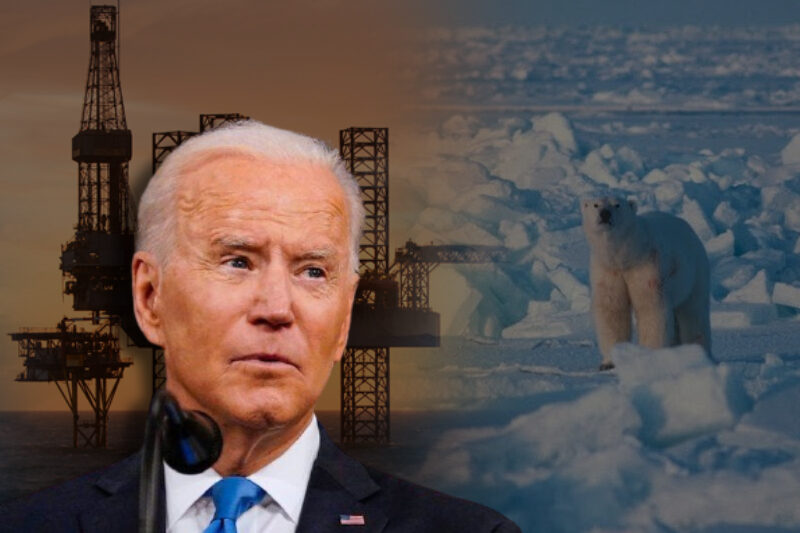 US President Joe Biden has suspended all oil and gas drilling leases that were approved by former President Donald Trump in Alaska’s Arctic National Wildlife Refuge. With this President Biden has taken a significant step towards his campaign promise of taking measures to protect climate and wildlife, and thus reviving political fight over the region. Alaska is home to polar bears among other wildlife, and also rich in oil reserves.

The remote region that pans across 19.6m acre is home to polar bears, snowy owls and caribou, along with other wildlife and migrating birds from six continents. Oil industry lobby and Republicans have been trying to open up the rich oil reserve refuge in region that is highly lucrative. The region is sacred to indigenous Gwitch’in communities and drilling is what they have been resisting for years to protect their region. Environmental groups, Democrats and many native tribes of Alaska have long been trying to block the advancements of Republicans and oil industry in region.

On his first day in Oval Office, President Biden had signed an executive order that suggested requirement of an environmental review to address legal flaws in drilling program approved by Trump under Congress enacted 2017 law. The interior department after conducting the review and assessment said that it “identified defects in the underlying record of decision supporting the leases, including the lack of analysis of a reasonable range of alternatives” that is required under the National Environmental Policy Act.

The two parties have been in crosswires over the region when in 1995 former President Bill Clinton, a Democrat, vetoed Republican plan of allowing drilling in refuge. President Biden has been a big advocate of bringing in environmental reforms and openly opposed drilling in the refuge. One of his main presidential campaign promises was to push for permanent reforms to protect environment which have been long demanded by the environmental groups.

Kristen Miller, acting executive director of the Alaska Wilderness League, hailed Biden administration’s decision of suspending the Arctic leasing program. She said, “Suspending these leases is a step in the right direction, and we commend the Biden administration for committing to a new program analysis that prioritizes sound science and adequate tribal consultation.”

White House National Climate Advisor Gina McCarthy said in a statement, “President Biden believes America’s national treasures are cultural and economic cornerstones of our country. He is grateful for the prompt action by the Department of the Interior to suspend all leasing pending a review of decisions made in the last administration’s final days that could have changed the character of this special place forever.”