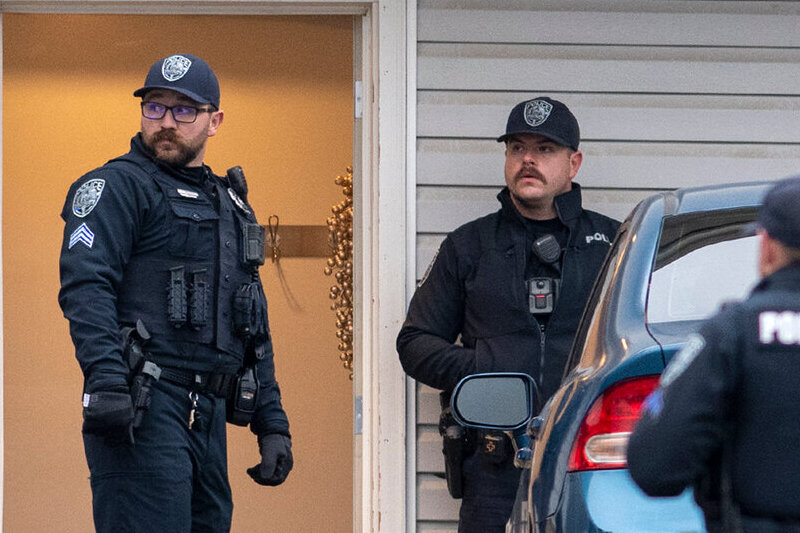 Three weeks after four University of Idaho students were fatally stabbed in their dorms by an unidentified assailant in the middle of the night, the influx of calls to the Moscow Police Department demonstrates the fear that has gripped this college town.

Many students declined to return to campus following Thanksgiving, leaving some university classrooms half-empty. Those who did return reported purchasing doorbell cameras, installing rods in their windows to secure them, or hunkering down at night with roommates.

Until the killer or killers are apprehended, the horror that hangs over this city of 25,000 people in the rolling hills of northern Idaho is unlikely to subside. There are, however, little indications that the police are any closer to making an arrest than they were on the day of the murders, November 13, when news of the stabbings sickened people and transformed this normally lovely college town into a national mystery.

At least one victim’s family has questioned if police are up to the task of solving a quadruple homicide in a city where there had been no murders since 2015.

“So frustrating,” Alivea Goncalves, the older sister of one of the victims, Kaylee Goncalves, stated in a text message last week after the police conducted their most recent news conference, “There is no information whatsoever.”

The number of F.B.I. and Idaho State Police investigators working on the case, including behavioral analysts trained to describe a likely murderer profile, now far outnumbers the 36 workers of the Moscow Police Department.

The house at 1122 King Road is nestled away on a dead-end street about a five-minute walk from the fraternity houses that flank one edge of campus, with students frequently traveling to class via snow-covered pathways.

Social media posts from earlier this year reveal that the three-story home was a popular spot for friends to congregate and pose for pictures. But for the past three weeks, it has been blocked off with police tape and patrolled by a police officer 24 hours a day.

Possessions of the deceased students remain, including a pair of pink cowboy boots just inside a third-floor window, a neon sign that reads “positive vibes,” and a couch accumulating snow on the back patio.

Kaylee Goncalves, 21, who planned to graduate in the winter and move to Austin, Texas; Madison Mogen, 21, who loved concerts and had worked from a young age to help support herself; Xana Kernodle, 20, a marketing major who had begun to blossom while living away from home; and Ethan Chapin, 20, Ms. Kernodle’s boyfriend and a triplet who seemed to always be smiling or making a joke, were killed in the early-morning attack The residence was occupied by three women, and Mr. Chapin was visiting his girlfriend.

Mr. Chapin and Ms. Kernodle attended a fraternity party on Saturday, November 12, while Ms. Goncalves and Ms. Mogen went to a local sports bar. They all returned shortly before 2:00 a.m., and phone records indicate that Ms. Goncalves immediately called her previous longtime boyfriend, Jack DuCoeur, who is also a university student, according to her older sister.